IPL 2021, KKR vs RCB: Varun Chakravarthy Is Going To Be Key When He Plays For India, Says Virat Kohli 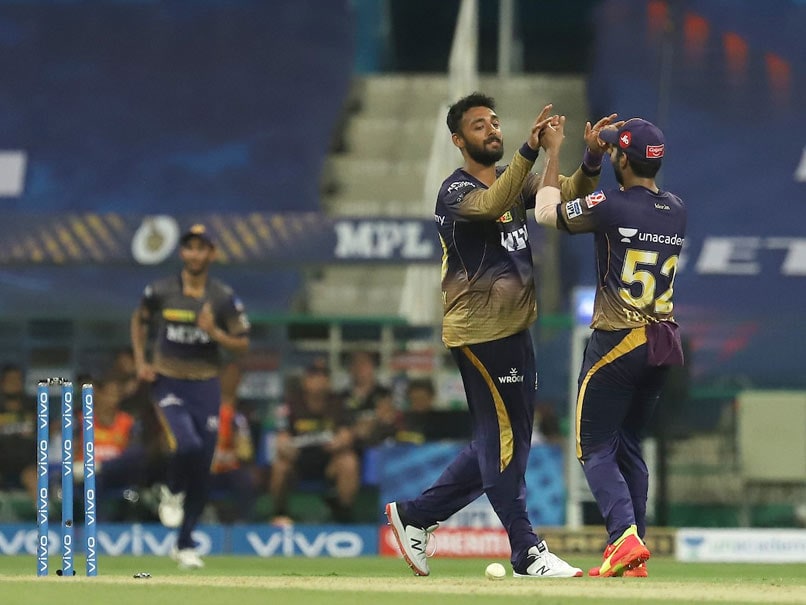 IPL 2021, KKR vs RCB: Varun Chakravarthy after taking a wicket on Monday.© BCCI/IPL

Varun Chakravarthy was in top form as Kolkata Knight Riders (KKR) resumed their Indian Premier League (IPL) 2021 campaign with a win against Royal Challengers Bangalore (RCB) on Monday, in Abu Dhabi. The spinner took three wickets in four overs and conceded only 13 runs. After the match, RCB captain Virat Kohli lauded the 30-year-old and called him a key player for Team India. Chakravarthy has also been selected for India's T20 World Cup squad with Kohli as skipper. Praising the bowler during the post-match press conference, the 32-year-old said, "Pretty good, that's exactly what I was saying in the dug-out, he's going to be a key factor when he plays for India".

"We need to see performances like these from all the youngsters so that the bench strength of Indian cricket stays strong", said the RCB skipper.

Lavishing more praise on the KKR spinner, Kohli said that he would be a regular for India in the future. "He's someone who is going to play in the near future for India and it's a great sign", said the India captain.

RCB initially won the toss and opted to bat and were expected to post a strong target for KKR. But Chakravarthy, Andre Russell and Lockie Ferguson had other plans, destroying Bangalore's batting order with much aplomb.

Shubman Gill and Venkatesh Iyer carried KKR single-handedly to the finishing line, with the former losing his wicket towards the end.

Russell arrived to bat after the dismissal but didn't face a single delivery, with Iyer wrapping up the game for Kolkata.

Virat Kohli IPL 2021 Kolkata Knight Riders vs Royal Challengers Bangalore, Match 31 Cricket
Get the latest updates on ICC T20 Worldcup 2022 and CWG 2022 check out the Schedule, Live Score and Medals Tally. Like us on Facebook or follow us on Twitter for more sports updates. You can also download the NDTV Cricket app for Android or iOS.