RCB vs KKR: Royal Challengers Bangalore will look to continue their quest for their maiden IPL title when they take on two-time champions Kolkata Knight Riders. 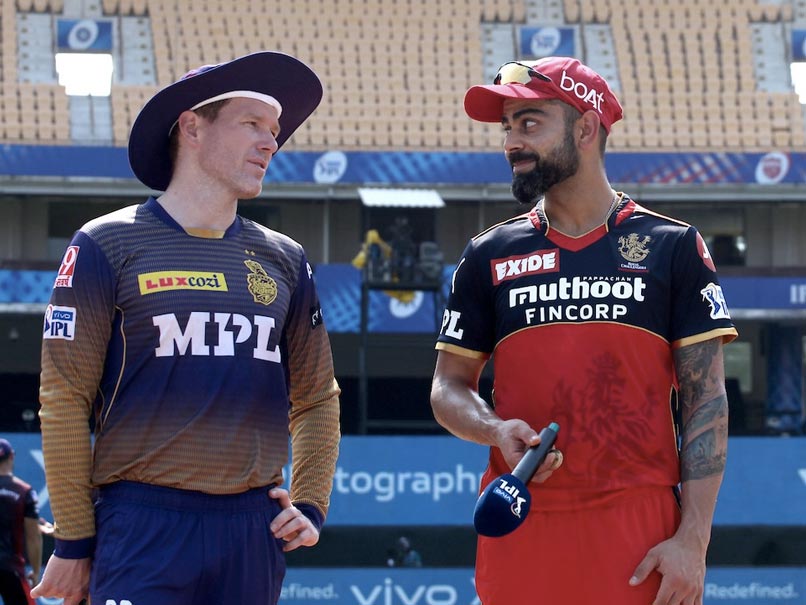 Royal Challengers Bangalore (RCB) will look to continue their quest for their maiden Indian Premier League (IPL) title when they take on two-time champions Kolkata Knight Riders (KKR) in the IPL 2021 Eliminator at the Sharjah Cricket Stadium in Sharjah on Monday. Virat Kohli-led RCB finished third in the league phase standings, level on points with second-placed Chennai Super Kings (CSK) but behind on net run rate (NRR). Kohli's side will be full of confidence heading into this game after a thrilling win over table-toppers Delhi Capitals (DC) in their last league game. RCB won that game on the last ball of the match, with KS Bharat hitting a last-ball six to secure a seven-wicket victory.

RCB boast of a strong batting line-up that includes captain Kohli, Devdutt Padikkal, AB de Villiers, Srikar Bharat, Maxwell, among others.  With the likes of Harshal Patel, Yuzvendra Chahal, Dan Christian, Mohammed Siraj in the squad, RCB are a formidable unit with a ball too.

KKR, however, are no pushovers. After a poor start to the season, KKR managed to make the play-offs round on the back of a strong run in the UAE leg, with started with a thumping win against RCB. KKR won five of their seven matches in the UAE to finish fourth in the standings, ahead of Mumbai Indians (MI) on NRR.

The Eoin Morgan-led side thrashed Rajasthan Royals (RR) by 86 runs in their last league game and is in a good run of form ahead of the play-off round.

Varun Chakravarthy should lead the spin department in fit, and the inclusion of all-rounder Andre Russell looks on the card. Both these men have the x-factor that is needed to win big matches. Shivam Mavi and Tim Southee are expected to lead the pace attack.

Kolkata Knight Riders IPL 2021 Royal Challengers Bangalore vs Kolkata Knight Riders, Eliminator Cricket
Get the latest updates on IND vs NZ 2021, check out the Schedule and Live Score . Like us on Facebook or follow us on Twitter for more sports updates. You can also download the NDTV Cricket app for Android or iOS.