IPL 2021: Sanju Samson intuitively came up with a nickname for Jos Buttler and it is now quite the topic among the team members. 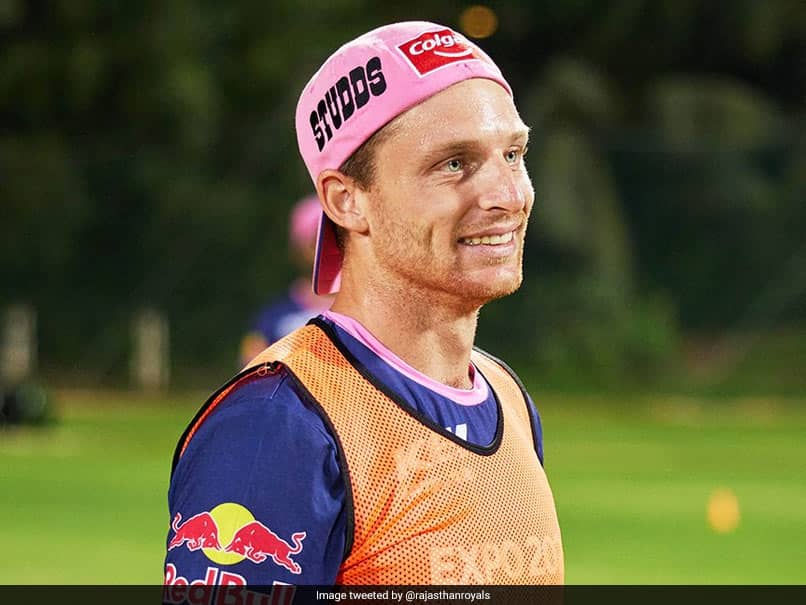 Rajasthan Royals captain Sanju Samson coined a new nickname for teammate Jos Buttler and it had their teammates floored. "I really enjoyed the intensity in the ground today, and as Sanga said I was able to make some really good decisions" Sanju was seen addressing the team in the dressing room in a video posted by Rajasthan Royals on social media. "That was only possible because of Jos bhai really helped me." The impromptu addition of bhai (brother) to Buttler's first name was picked up by RR and it soon had the players and fans buzzing.

"Thank you Jos bhai," said Samson as the players broke into laughter.

RR will be seen in action on Monday when they take on Chennai Super Kings in Mumbai.

The Sanju Samson-led team won a close contest against Delhi Capitals in their last outing where an unbeaten 36 off 18 by Chris Morris, RR's most expensive buy at the auction, and a half-century by David Miller, helped the team chase down DC's 147 for 8.

Samson, who hit a magnificent 119 in a losing cause against Punjab Kings in RR's first match, is leading the team for the first time in the IPL.

Buttler, one of RR's high-profile players, is yet to fire in the tournament. He has managed scores of 2 and 25 thus far and was promoted to open the batting in the last game after Ben Stokes was ruled out of the tournament with a finger injury.

RR are currently placed sixth on the points table with two points from two matches.