IPL 2021: KKR pacer Prasidh Krishna has said that his confidence got a major boost after he made his ODI debut for India last month. 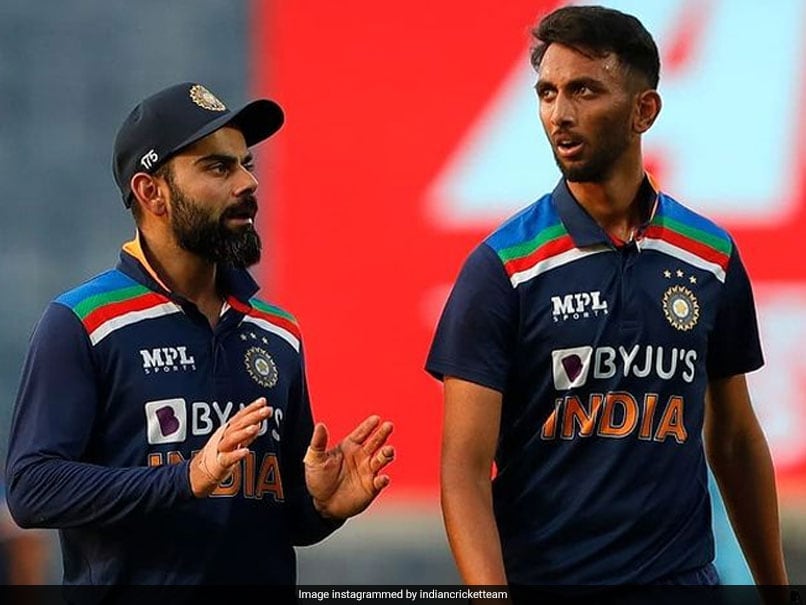 Prasidh Krishna made his ODI debut against England earlier this year.© Instagram

Kolkata Knight Riders (KKR) pacer Prasidh Krishna has said that his confidence got a major boost after he made his ODI debut for India last month. KKR will play their first match of the Indian Premier League (IPL) 2021 edition against the SunRisers Hyderabadon Sunday at the MA Chidambaram Stadium in Chennai. Prasidh had made his debut in the three-match ODI series against England last month. The pacer also went on to take four wickets in his debut match as he helped India to register a improbable win.

"It's been two weeks that I played three games for India and now back in KKR, practising and waiting to play. All I realise is time has been flying and it's going to fly no matter what you do. But on the hindisight, it's been a great experience to have made my debut for India. It's a dream come true for any cricketer. In terms of the praise I have been getting, it only adds to my confidence levels and I look forward to taking it ahead from here," Krishna told kkr.in.

"At the beginning of the match where I made my debut, there was a bit of pressure situation. But Virat and the other seniors told me to always be on the front foot, and it worked well. We made a comeback, and we won. So yes, that's one lesson I have learnt - about being positive no matter what the situation is," he added.

Last year, KKR failed to qualify for the playoffs as the side finished at the fifth place in the points table.

Prasidh Krishna has so far played 24 matches in the IPL, managing to take 18 wickets at an economy rate of 9.33.

India Cricket Team Prasidh Krishna Cricket IPL 2021
Get the latest updates on T20 World Cup, check out the T20 World Cup Schedule and Live Score . Like us on Facebook or follow us on Twitter for more sports updates. You can also download the NDTV Cricket app for Android or iOS.