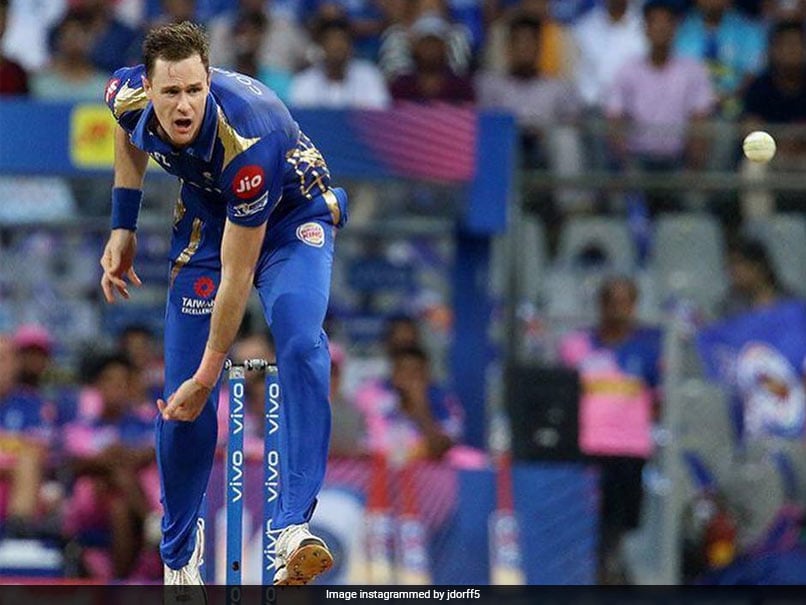 Chennai Super Kings (CSK) head coach Stephen Fleming confirmed that pacers Lungi Ngidi and Jason Behrendorffwill not be available for CSK's next game against Punjab Kings. Jason Behrendorff was recently announced as Josh Hazlewood's replacement in Chennai Super Kings' squad forIPL 2021 after the latter opted out of this year's edition to spend time with his family. As far as Ngidi is concerned, the pacer is serving his seven-day quarantine period as per BCCI and IPL guidelines after arriving late for the tournament due to his involvement in Pakistan's ongoing tour of South Africa.

Fleming said in a post-match press conference, "Ngidi won't be available. He won't be arriving for the next game. So losing Josh Hazlewood, which was the plan to have him available for these games is a blow simply as an option up front. Ngidi will be arriving soon."

"Behrendorff would be following that. [Bowling] It's an area that we are probably short on. But we still look at the Indian bowlers and we have international bowler Sam Curran," Fleming added.

Behrendorff's only stint in IPL cricket came with Mumbai Indians in the 2019 edition where he claimed five wickets in as many games.

CSK suffered a seven-wicket loss against Delhi Capitals in their first match of the campaign on Saturday. Fleming backed the batters for guiding to a total of 188 despite losing the openers early in the game.

CSK will next take on Punjab Kings at Wankhede Stadium in Mumbai on April 16.