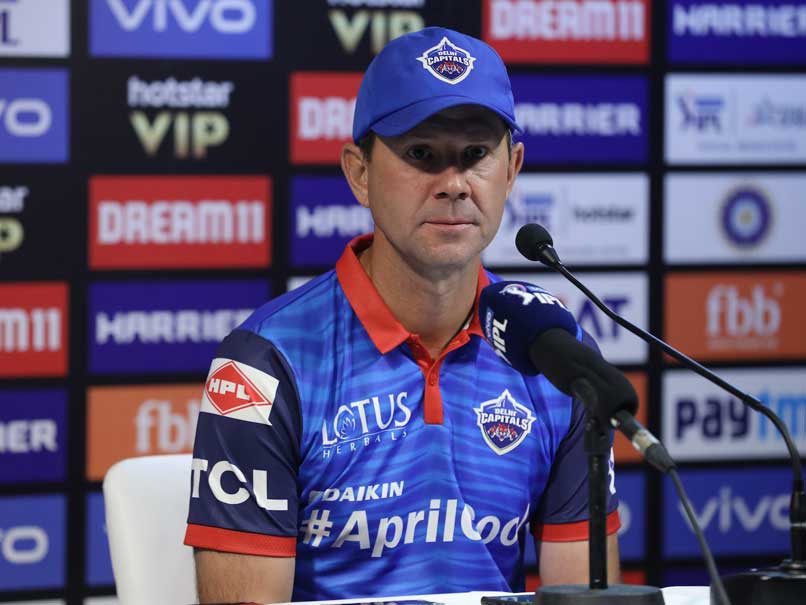 With only two days left for Delhi Capitals' opening match, head coachRicky Ponting met with the squad for the first time this season after completing his mandatory quarantine and gave them a rousing speech. Ponting, one of the most successful captains of his generation, began by a personal introduction and went on to highlight the four values --  attitude, effort, commitment, and care -- he wants his players to stick by during the whole tournament. Since Ponting arrived at the franchise three years ago, Delhi Capitals have seen a remarkable turnaround, from finishing rock-bottom in 2018 to reaching their first-ever final last year. Highlighting this, the former Australia skipper said, they have had a few good seasons but not great as they haven't won anything and he has come to win titles.

"Days to go for our first #IPL2021 game and we bring you the video you've been waiting for. @RickyPonting met the 2021 squad for the first time and his speech gave us goosebumps even while we recorded this," tweeted Delhi Capitals' official Twitter handle, sharing the video.

Days to go for our first #IPL2021 game and we bring you the video you've been waiting for @RickyPonting met the 2021 squad for the first time and his speech gave us goosebumps even while we recorded this #YehHaiNayiDilli #IPL2021 #DCAllAccess @OctaFX pic.twitter.com/7e1341uj1F

"Alright welcome to the guys that are having their first session today, the guys I've just mentioned here. Well done on the effort and intensity that has been shown so far. I have talked to Pravin, I've talked to (Mohammad) Kaif last night... the work you boys have done last night so far has been outstanding," said Ponting, praising the efforts players have put in so far in training sessions.

"This is a different Delhi than it was years ago, right? And the reason that it is, what all you guys have brought to the franchise. Not about me, not about coaches, it's about you, right? This is your team now. New skipper Rishabh, it's you team. My coaching has a pretty simple basis. You turn up with the right attitude, you put in the effort, you bring in the commitment, and you care, then you're sweet with me. Alright? They're gonna be team values of ours, over the next couple of months," he said in video.

Delhi Capitals have their set up their base in Mumbai for first few league games. They will begin their campaign against three-time winners Chennai Super Kingson April 10

Rishabh Pant IPL 2021 Cricket
Get the latest updates on India vs South Africa and check out  Schedule, Results and Live Score. Like us on Facebook or follow us on Twitter for more sports updates. You can also download the NDTV Cricket app for Android or iOS.