IPL 2021: Andrew McDonald will not continue as the head coach of Rajasthan Royals after being with the team for just one season of IPL, despite having signed a three-year deal in 2019. 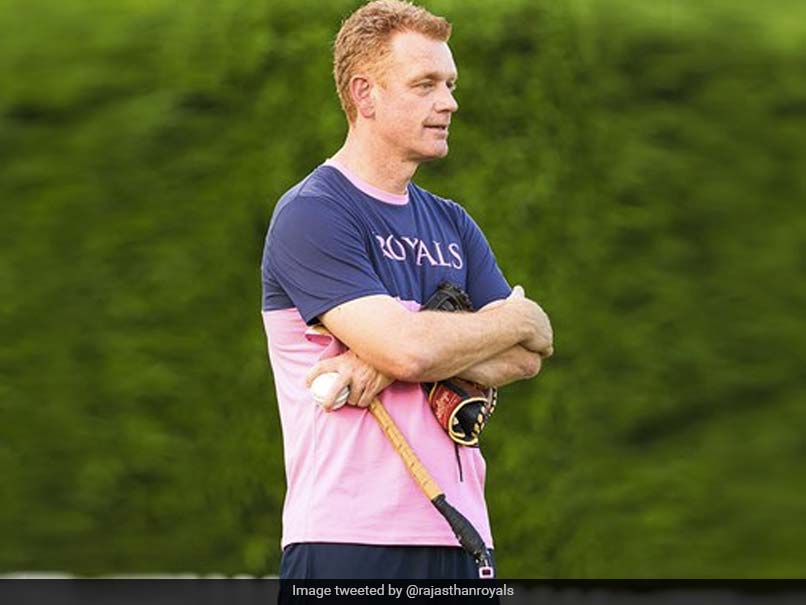 Rajasthan Royals on Sunday announced that Trevor Penney has joined their coaching ranks as the lead assistant coach, for the upcoming season of the Indian Premier League (IPL). Trevor Penney will work closely with the Royals' Director of Cricket Kumar Sangakkara, captain Sanju Samson and the leadership team comprising the coaching staff: spin bowling coach Sairaj Bahatule, fast bowling coach Rob Cassell, fielding coach Dishant Yagnik alongside senior international players like Ben Stokes and Jos Buttler. Zubin Bharucha will be an integral part of this team in the role of Strategy, Development, and Performance Director.

As part of the restructuring, Amol Muzumdar's role transitions to an out-of-season high-performance batting coach to support the squad and RR academies. In addition, Rajasthan Royals and its head coach Andrew McDonald have mutually decided to move in different directions with regard to the leadership structure.

"Everyone at Rajasthan Royals would like to thank Andrew for his efforts towards the IPL season 13. He coached the team during an incredibly challenging COVID restricted period, and we would like to wish him all the very best for his future endeavours with the Australian Men's Cricket Team and the Birmingham Phoenix in the Hundred," said Jake Lush McCrum, COO, Rajasthan Royals.

Penney is a stalwart of Warwickshire County Cricket Club, having been a player for seventeen years with the English club, before starting off on his extensive coaching career around the world. Trevor has vast international experience working with the likes of India, Sri Lanka, England as well as associate nations such as the Netherlands and the USA.

Currently employed by the West Indies working with their white-ball teams, TP is also a regular feature on the T20 franchise circuit with past experiences in the IPL for and more recently in the Caribbean Premier League, Bangladesh Premier League, and the GT20 Canadian League.

"It is fantastic to have Trevor Penney on board here at Rajasthan Royals. He is very experienced and understands the game very well which I am sure will help contribute to the players' and squad's overall growth. I am confident Trevor's appointment is going to set us on the right pathway and it will be wonderful to have him work with our squad," said Kumar Sangakkara, Rajasthan Royals' Director of Cricket.

Commenting on the appointment, Rajasthan Royals' COO, Jake Lush McCrum said, "It is great to bring in someone with a coaching CV like that of Trevor. He is one of the most well-travelled coaches in the modern game and has had considerable success across the globe. Kumar and Trevor have a really strong relationship after sharing a successful period together with the Sri Lankan national team. We are hopeful of an exciting season ahead under the able leadership of Kumar alongside a strategy group including Sanju, Zubin, and Trevor."

On Thursday, Rajasthan Royals Royals added Bangladesh left-armer Mustafizur Rehman and Proteas all-rounder, Chris Morris, to their ranks for the upcoming edition of the IPL.

Kumar Sangakkara Andrew McDonald Cricket
Get the latest updates on ICC T20 Worldcup 2022, check out the Schedule and Live Score. Like us on Facebook or follow us on Twitter for more sports updates. You can also download the NDTV Cricket app for Android or iOS.