IPL 2021: Faf du Plessis and Sam Curran were the key performers for CSK in the last season in a tournament which had little in terms of plusses for the franchise. 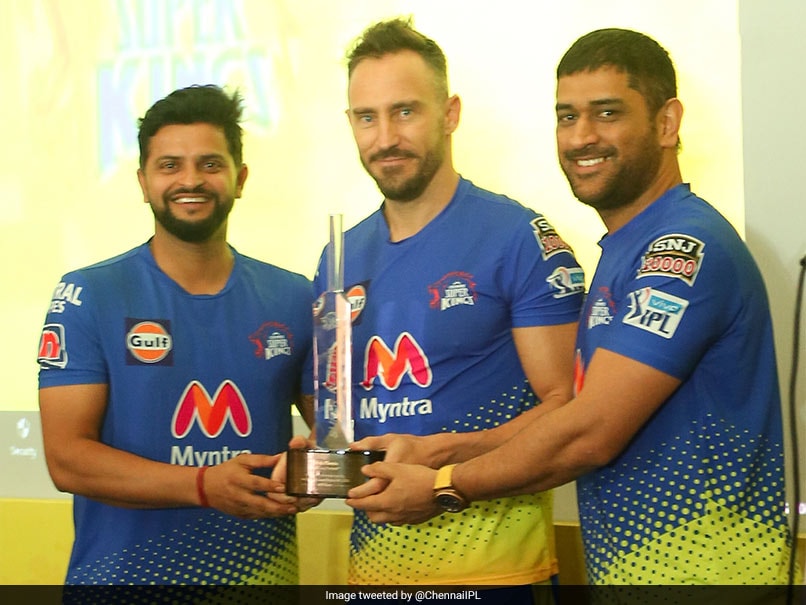 Before starting their Indian Premier League (IPL) campaign this year, Chennai Super Kings (CSK) decided to recognise the performances of their key players from the last season. The franchise posted two pictures on their official Instagram handle today that featured South Africa's Faf du Plessis and England's Sam Curran. The post referred to them as the 'Super Lions'. CSK skipper MS Dhoni and Suresh Raina presented Du Plessis with a trophy. All-rounder Ravindra Jadeja joined Dhoni to hand over the award to Curran. The caption for the post said, "A-word of appreciation for our Super Lions of the last season! Faf du Plessis (449 runs) and Sam Curran (13 wickets).#WhistlePodu #Yellove"

Du Plessis was explosive last year. The South African opener was the highest run-getter for the Yellow Army. Keeping up with his consistency throughout the season, Du Plessis slammed 42 boundaries and 14 maximums in the 13 matches he played. The right-hander ended the campaign with four half-centuries to his name.

Sam Curran picked 13 wickets in his 14 appearances for CSK in last year's IPL. Not only with the ball, but Curran also helped the Chennai-based outfit with his hard-hitting abilities. He scored 186 runs, which included 12 fours and 12 sixes.

Ravindra Jadeja Cricket
Get the latest updates on India vs South Africa and check out  Schedule, Results and Live Score. Like us on Facebook or follow us on Twitter for more sports updates. You can also download the NDTV Cricket app for Android or iOS.