IPL 2021: "Have Nothing To Prove To Anyone," Says KKR's New Recruit Harbhajan Singh Ahead Of IPL 2021

IPL 2021: Veteran off-spinner Harbhajan Singh is least bothered by the people questioning his willingness to carry on playing cricket at the age of 40. 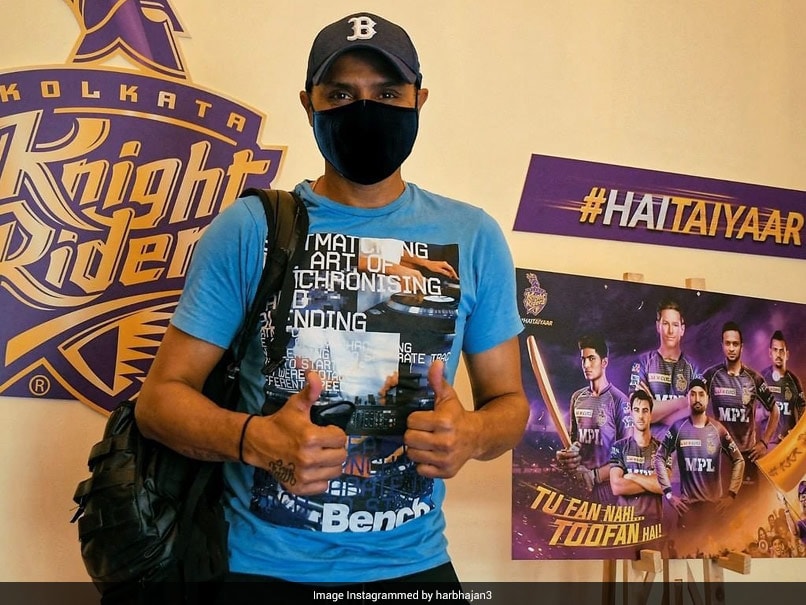 IPL 2021: Harbhajan Singh was bought by KKR for his base price of Rs 2 crore.© Instagram

Harbhajan Singh is still playing because he "wants to" and he "will", asserts the veteran off-spinner, as combative at 40 as he was in his heydays and least bothered by the people questioning his willingness to carry on. One of India's greatest spinners is back in IPLthis year with the Kolkata Knight Ridersafter skipping the last season for CSK in the UAE and wants to now "enjoy every moment of whatever cricket is left" in him.

"I have got nothing to prove to anyone. My intention is to play well, enjoy my stint out there in the middle and playing cricket still gives me that satisfaction.

"I have set a standard for myself and if I don't meet that, I don't need anyone else but I will blame myself. I need to ask myself, did I put in the optimum effort that was required," he said just before moving into the team bubble.

The owner of 700-plus international wickets is pragmatic about how he approaches the game in his 23rd professional season, having made his Test debut in 1998.

"Yes, I am not a 20 year-old anymore and won't be training like I did then. But yes, as a 40 year-old, I know I am fit and will certainly do what is required to succeed at this level.

"The expectation is still going to be there and responsibilities that were there when I was playing for India remains," said one of the most successful bowlers in IPL history with 150 scalps.

While this is his first experience in a bio-bubble, Harbhajan didn't hide his apprehensions as to why he didn't go to the UAE last year?

"Last year, when IPL happened, COVID-19 in India was at its peak. I was concerned about my family and also about hard quarantine in India after coming back. But this year, it's happening in India and also we have now got used to new normal.

"Vaccines have come. Also it's my family which pushed. My wife (Geeta) told me that I should go and play," said Harbhajan, who is set to become father for the second time in July.

But he accepted that not having played a lot of cricket in the interim did make a difference when it came to the dynamics of auction.

"These questions are asked because I haven't played a lot of cricket of late so teams are a bit defensive at auction and they don't want to bid for me.

"But let me remind all that when I did well for CSKin 2019 IPL, I hadn't played any domestic cricket. I came to the camp, prepared and went into the match. At my level and experience, I know what needs to be done.

"I don't need to play domestic cricket for Punjab and stop a young talent from flourishing. That boy needs that chance more than me," he said.

During the nets, would you wait for Kuldeep to come to you for advice or you would volunteer yourself if you find something that needs course correction?

"Why will I wait for Kuldeep to come to me? I have never had such egos in my life. If I see anything that needs to be told, I will go up to him and perhaps give him a suggestion as to what he could do better. That's what seniors are for."

"If I see something that needs to be told to him and it will help his bowling, I will myself go up and tell him that. That's what seniors do."

The team's principal owner Shah Rukh Khan had called Harbhajan just after the auction to welcome him to the KKR family and expects to see him with the IPL Trophy.

"We have a good team. T20 is all about three players in a team, could be any three, clicking on that particular day. You see Mumbai Indians are a side which has all its bases covered but they are still beatable. It could be a Rahul Tripathi or a Nitish Rana can win it for us."

He is at a stage of his career where he needs to do a self assessment after every season.

"Every season, I introspect if I have it in me to play or not. If I feel I am done, I will say, 'thank you, very much'. If I feel I am doing alright, you will see me next year," he said, signing off with a hearty laugh.

Harbhajan Singh IPL 2021 Cricket
Get the latest updates on ICC T20 Worldcup 2022 and CWG 2022 check out the Schedule, Live Score and Medals Tally. Like us on Facebook or follow us on Twitter for more sports updates. You can also download the NDTV Cricket app for Android or iOS.