Will Be A Full-Fledged IPL "Most Likely In The UAE", Says Chairman Brijesh Patel

IPL Governing Council chairman Brijesh Patel said they are planning to conduct a full-fledged IPL, comprising 60 games and most likely in the UAE. 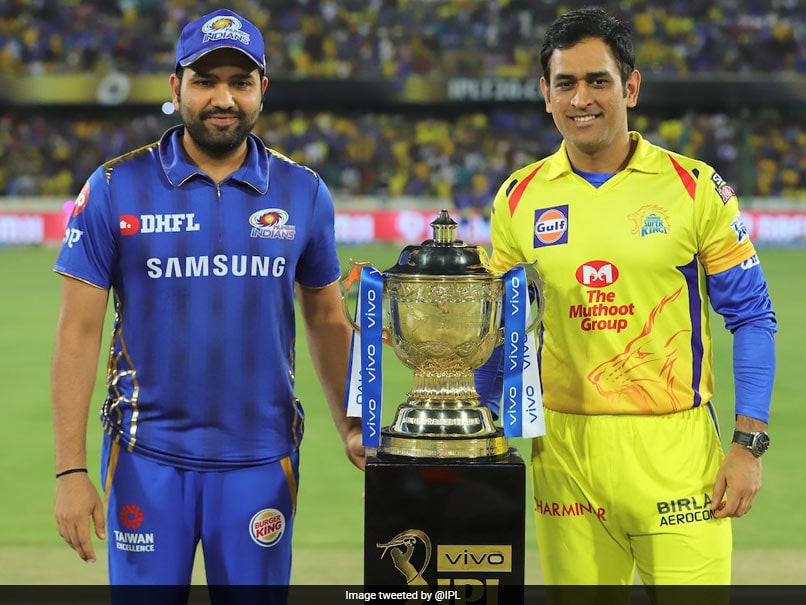 IPL Governing Council will meet in next 7-10 days to discuss the tournament schedule.© Twitter

With the T20 World Cup's postponement clearing the decks for a full-fledged IPL, the glitzy event's Governing Council will meet in a week or 10 days' timeto plan its next course of action, eyeing UAE as the host this year. An IPL between September and early November has been made possible by the ICC's decision on Monday to postpone the T20 World Cup in Australia, scheduled for October-November, due to the COVID-19 pandemic.

"The IPL GC will meet within a week or 10 days and all decisions (including final schedule) will be taken there. As of now, the plan is to have a full fledged IPL comprising 60 games and most likely in the UAE," IPL Governing Council chairman Brijesh Patel told PTI.

Asked about the main challenges in conducting the event in current scenario, Patel added: "Just the operational side of it. Whether you do it here or outside, it doesn't matter (with no crowds)."

The franchisees had already been working on their plans for the IPL even before the ICC announcement.

With majority of the Indian players not having access to grounds amid the pandemic, teams will need at least three to four weeks to get them match ready.

Foreign players will fly in directly to the UAE from their respective countries.

"Our players will need at least three to four weeks of training, if not more. We will finalise all our plans once the BCCI announces the dates. It looks like the IPL will be in the UAE and we are ready for that," a team owner told PTI.

Since India tour Australia for a four-Test series right after the IPL, training of the Test players is also an important issue.

Test specialists like Cheteshwar Pujara and Hanuma Vihari, who are not part of the IPL, are likely to train for the eagerly-awaited series in a bio-secure environment at the newly-renovated Motera Stadium in Ahmedabad during the time of the IPL.

A few fringe players are expected to join them at Motera along with the Indian team's support staff, which is free during the IPL.

Work from home has become the norm amid the pandemic, therefore, there is a possibility that IPL commentary will happen from the comfort of the living room, a safer and cost effective-option considering the likes of Sunil Gavaskar, who is 71, are involved.

The viewership is expected to be a record one with people craving for live cricket, something KXIP co-owner Ness Wadia has said.

However, it will be interesting to see how much the broadcasters and teams are able to attract from the sponsors in the current financial climate.

More moot points and questions ahead of the IPL GC meeting:

2) BCCI will need to provide a Standard Operating Procedure to IPL teams even though they will have their own SOPs in place.

3) Will the BCCI compensate teams for not being able to generate gate money this year?

4) Will there be virtual commentary from Star Sports? It was seen in the recent 3TC event in South Africa with the likes of Aakash Chopra, Deep Dasgupta and Irfan Pathan commentating from home.