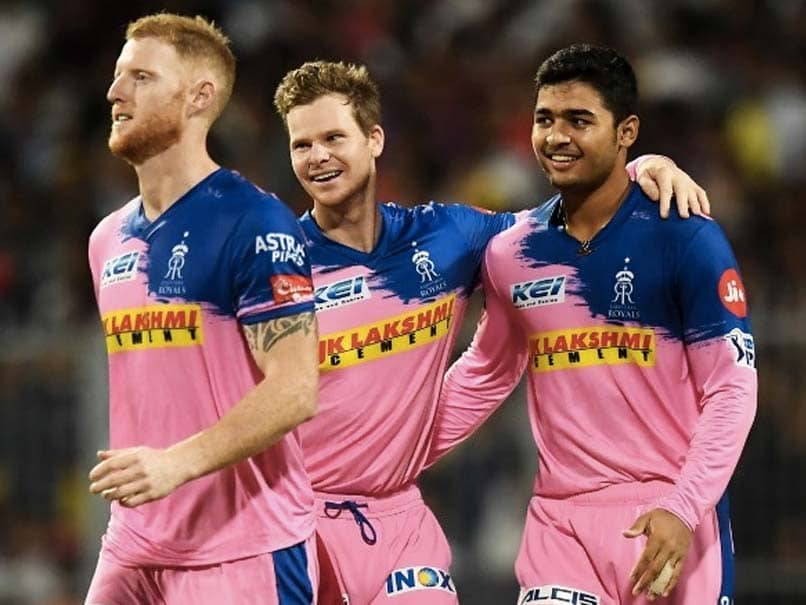 Steve Smith will hope that Rajasthan Royals can repeat their magic of their inaugural season.© AFP

Rajasthan Royals (RR) entered the inaugural season of IPL in 2008 as underdogs because, unlike other sides, they didn't have enough star power in their squad. Despite that they ended up lifting the trophy under legendary leg-spinner Shane Warne, proving that, more than big names, what mattered was players' performance on the field. However, since then, 11 seasons have gone by, during which RR also faced a two-season ban, and they are yet to play their second final, let alone win the title. Last season was not something to write home about and they even had to strip Ajinkya Rahane off captaincy duties and handover the reigns to Australia's Steve Smith. Even that failed to work and they finished seventh in the points table. Steve Smith and Co. would enter the new season with renewed hopes and repeat their magic of their inaugural season and lift their second title.

While their squad in the inaugural season didn't have enough fire power, their current squad boasts of some of the world's best players like skipper Steve Smith, and England trio of Ben Stokes, Jofra Archer and Jos Buttler.

England's ICC World Cup hero will have a lot riding on his shoulders when he takes field for Rajasthan Royals in IPL 2020. In the last two seasons, Stokes hasn't been able to live up to the expectations and the Royals fans would be hoping that it's third time lucky for the English all-rounder who owned the 2019 with some remarkable performances, including the match-winning knock in the 50-over World Cup final.

One of the best batsmen of the current generation, Steve Smith had a decent last season, scoring 319 runs from 12 games, with the help of three half-centuries. Smith has been a part of IPL since 2012 and has scored over 2,000 runs in 81 matches at a decent strike rate of 128.95. He also has a century to his name which he scored in 2016.

The England wicket-keeper has been one of the standout performers for Rajasthan Royals in last two seasons, scoring 548 and 311 runs in 2018 and 2019 respectively. One of the most destructive wicket-keeper batsmen, Buttler has played 45 matches in IPL so far, scoring 1386 runs, with majority of them coming in last two seasons in Rajasthan shirt. Buttler also boasts an impressive strike rate of 150.81.

Bought in last year's IPL auction for Rs 3 crore, Robin Uthappa is one of the most experienced players in IPL history, with 177 appearances behind his back. Uthappa can bat at different positions as per team's liking and his stats speak volumes of his already proven match-winning ability. With 4411 runs, he is eight on the all-time IPL run-scorers' list. Apart from his batting, Uthappa has also proven his worth behind the stumps in the past -- something which franchises won't mind utilising if need be as it provides them with an opportunity to tinker with their team compositions.

Jofra Archer bowling fiery bouncers and Steve Smith piling up runs during Ashes last year spiced up the rivalry between England and Australia, and Rajasthan Royals would be happy to have both of them in their squad. Archer was picked by Rajasthan Royals in 2018 auction for Rs 7.20 crores even before he made his England debut and since then has gone from strength to strength, winning the 50-over World Cup and drawing the Ashes on home soil. In the last two IPL seasons, he has been impressive with the ball, picking up 26 wickets with a decent economy of 7.52.

Other members of the squad:

Robin Uthappa IPL 2020 Cricket
Get the latest updates on India vs Australia Series, check out the India vs Australia Schedule for 2020-21 and Ind vs Aus live score . Like us on Facebook or follow us on Twitter for more sports updates. You can also download the NDTV Cricket app for Android or iOS.