SRH vs KXIP IPL 2020 Highlights: SRH are back to winning ways, after defeating KXIP by 69 runs. 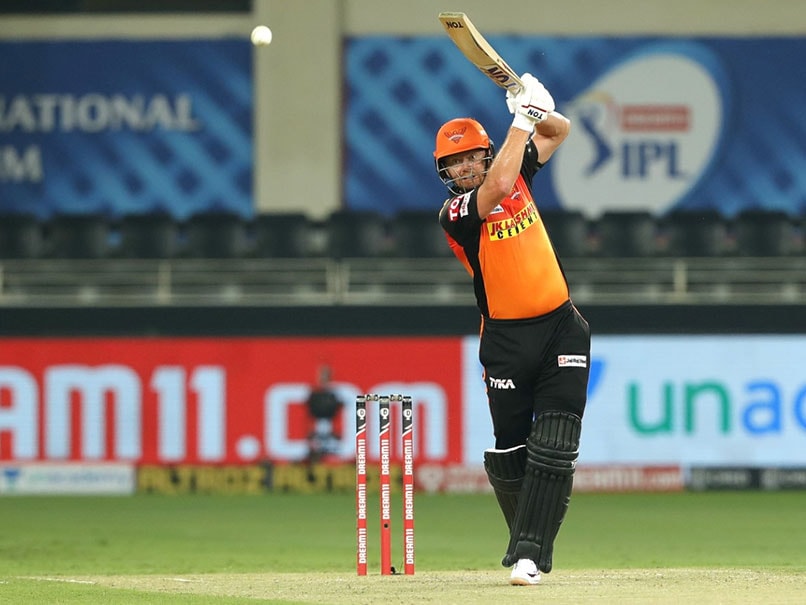 SunRisers Hyderabad (SRH) defeated Kings XI Punjab (KXIP) by 69 runs in the 22nd match of Indian Premier League (IPL) 2020. SRH posted a total of 201/6 in 20 overs after winning the toss and opting to bat. Openers David Warner and Jonny Bairstow were the top run-scorers, smashing half-centuries. Warner was dismissed for 52 runs off 40 deliveries in an innings comprising of five boundaries and a six. Bairstow smashed 97 runs off 55 balls, hitting seven boundaries and six sixes. Spinner Ravi Bishnoi was the pick of the bowlers, accounting for the key dismissals of Warner and Bairstow, finishing with figures of 3/29. None of the KXIP batsmen, barring Windies cricketer Nicholas Pooran made their presence felt after being handed a stern target of 202. Pooran smashed 77 runs off 37 deliveries, scoring the fastest half-century in the ongoing edition. However, Rashid Khan delivered the goods when it mattered the most, dismissing Pooran. It was a mere formality from then on, in the clash held at the Dubai International Cricket Stadium.(SCORECARD)

Jonny Bairstow Live Score Live Cricket Score Live Blogs Sunrisers Hyderabad vs Kings XI Punjab, Match 22 Cricket
Get the latest updates on ICC T20 Worldcup 2022 and CWG 2022 check out the Schedule, Live Score and Medals Tally. Like us on Facebook or follow us on Twitter for more sports updates. You can also download the NDTV Cricket app for Android or iOS.