"If He Recovers, He Plays": Sourav Ganguly On Rohit Sharma's Australia Chances

Rohit Sharma injured his hamstring during IPL 2020, and has been left out of India's squad for their tour of Australia. 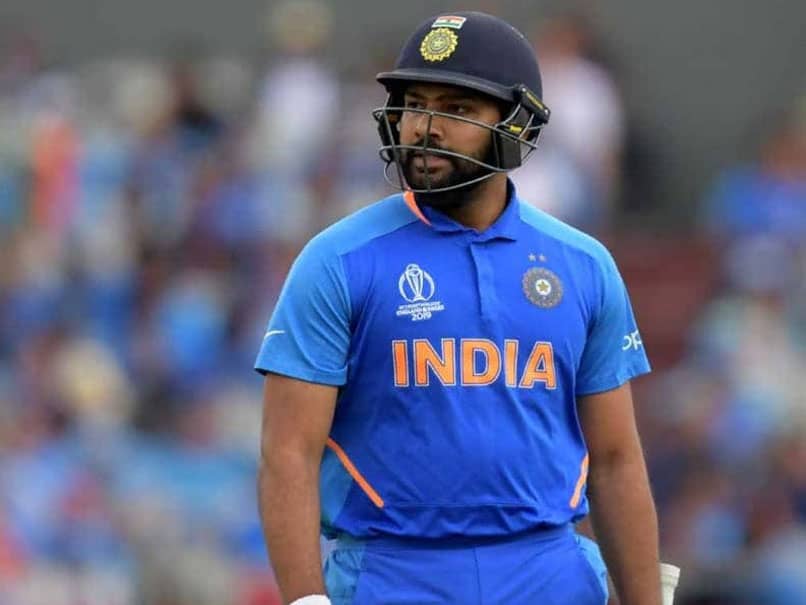 BCCI president Sourav Ganguly wants injured senior opener Rohit Sharma to tread cautiously while deciding on competing for his IPL team Mumbai Indians in the play-offs as he risks aggravating the hamstring tear that led to his exclusion from the Australia-bound India squad. Rohit has been out of action since the second leg fixture against Kings XI Punjab due to a left hamstring tear and has been left out of the Indian squad for Australia tour starting later this month. The BCCI president said that the board will do everything possible to get an "asset like Rohit" back in the park as that's their job. Mumbai are scheduled to take on Delhi Capitals on Thursday in the playoffs.

"Rohit is injured at the moment. Otherwise, why would we leave out a player like him. He is the vice-captain of the national (limited-overs) team," Ganguly told PTI in an exclusive interview.

"We will have to assess him. I don't know (when he can come back). He hasn't played so far since the time he has got injured. We want him to recover. It's the BCCI's job to get their best players on the park. If he recovers, he plays," said the former captain.

When asked about the videos put out by Mumbai Indians where Rohit is seen batting at the nets, Ganguly struck a note of caution for the senior player.

"Yeah, you don't want him to get injured again. He has a hamstring tear and it will get ruptured again. It will then get longer for him to come back. But yes, there are people working with him.

"The Mumbai Indians physio is working with him. The Indian physio (Nitin Patel) is there. Rohit himself knows that he has got a long career ahead and its not just this IPL or next series for him."

"I am sure he is mature enough to do what is best for him," said the man, who played 424 international matches for India.

For someone who has played 113 Tests and 311 ODIs, Ganguly feels that what looks good during training might not hold up in a match situation.

"...I can tell you that things you do easily at the practice might be a bit of struggle during match situation. The muscles react differently to pressure situations."

However on a positive note, the BCCI president said that Ishant Sharma's recovery from a side strain is going well and he "expects" the senior speedster to be available for the Tests against Australia, starting mid-December.

"Yes, we are expecting Ishant to be back for the Test matches. He has already started bowling from shorter run-ups and short spells. He has bowled at NCA. But as there is a BCCI protocol for fast bowlers, Ishant will be playing the two first-class games in Australia."

There has been a few injuries in the ongoing IPL and Ganguly said that it was bound to happen after such a long break due to COVID-19.

"Injuries are a part of sport and it will happen. The lesser you play, the more injured you will get. The more you keep playing, your body gets fitter, stronger and you will get less injured.

"All of them came back after seven months of being locked at home with literally no activity. I don't think injuries should be looked at like ''Oh God something is not right''.

"That's what sport is all about. High intensity part of life and you will have injuries," the BCCI president said.

Ganguly also backed the young Rishabh Pant, who has been under fire for not playing his natural game and scoring at a strike-rate below 115.

"Don't worry. His bat swing will come back. He is a young guy and all of us need to guide him. He's got tremendous talent. Rishabh will be fine. He and Wriddhiman Saha are our two best wicketkeeper-batsmen in the country."

Asked if Pant, who has already been dropped from two white-ball squads, will get to play Test matches given that Saha is a better keeper and is in good batting form as well, Ganguly was non-committal.

"Only one can play, so whoever is in best form will play."

Having conducted the IPL successfully, the BCCI president has now trained his eyes on having a bio-secure Ranji Trophy from early next year.

"We have zeroed in on venues where we can create a bio-bubble for Ranji Trophy but we will not make an announcement till we discuss with the state associations.

"There are 38 state units and some of the members have offered to host as they all have multiple grounds in their main cities. We will create what's the best secure environment for the players," he assured.

He also confirmed that BCCI will very soon appoint three new selectors in place of Devang Gandhi, Sarandeep Singh and Jatin Paranjape, who have now completed their four-year tenure.

"Yes, we will have a new selection committee. Only two stay back (Sunil Joshi and Harvinder Singh). The other three have finished their tenures. We have to add three more."

Ganguly is confident that India can host England successfully next year while managing the COVID-19 situation in the country.

"We will have the England series in India. I can assure that there are no apprehensions from the England side."

On the next IPL, which will be held in April-May, the first priority will be India, he said.

"IPL is a tournament for India, we want it to happen in India. There is still 6 months. We will keep assessing."

Mumbai Indians IPL 2020 Cricket
Get the latest updates on IPL 2021, IPL Points Table , IPL Schedule 2021 , live score . Like us on Facebook or follow us on Twitter for more sports updates. You can also download the NDTV Cricket app for Android or iOS.