IPL 2020 Fantasy, RR vs SRH: Despite two Australian leading the sides, Rajasthan Royals and SunRisers Hyderabad clash is expected to come down to how the England internationals perform for their respective teams. 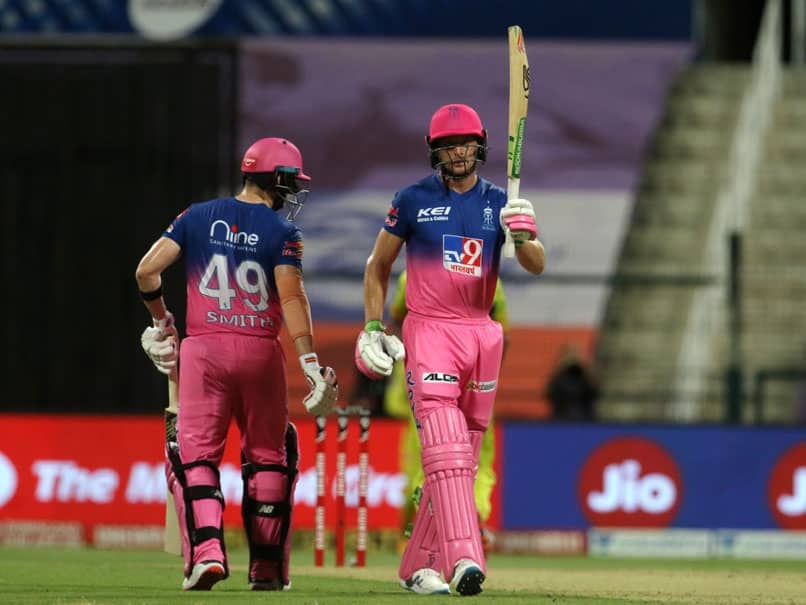 IPL 2020: Rajasthan Royals will rely on Jos Buttler to provide the stability in the batting department.© BCCI/IPL

Rajasthan Royals will take on SunRisers Hyderabad in match number 40 of the Indian Premier League 2020 on Thursday. While Rajasthan beat Chennai Super Kings in their last league fixture, Hyderabad stumbled to their third consecutive defeat against Kolkata Knight Riders in a thrilling Super Over contest. Both teams have some big names in their lineup but that doesn't reflect their positions on the points table. RR are sixth with four wins while SRH are on seventh place with just three wins so far this season. While two Australians are leading the sides, it is England's duo of Jofra Archer and Jonny Bairstow that has kept RR and SRH alive in the tournament.

Jos Buttler (Credits - 9.5): Jos Buttler scored an unbeaten half-century in Rajasthan's last league game that saw them beat Chennai Super Kings by seven wickets. Buttler has scored 262 runs this season and his ability to manipulate the field with his wide range of shots makes him a certain selection in any Fantasy XI.

Jonny Bairstow (Credits - 10): The England wicketkeeper-batsman has provided good starts to SRH but the team's middle-order has failed to capitalise on the starts and that is the reason they are sitting at seventh place on the points table. Bairstow has fetched 500 fantasy points this season and he has over 300 runs to his name in IPL 2020. Bairstow can be a good pick for the wicketkeeper's role in your fantasy team.

Rahul Tewatia (Credits - 9.5): Tewatia's all-round impressive show has caught eyeballs this season. The last time RR faced SRH, Tewatia got the better of Rashid Khan and smashed him for 16 runs in an over. Tewatia, at 9.5cr, can be a good gamble as he can fetch you points with both bat and ball. Also, he is safe fielder in the outfield so you can expect him to provide you with some additional points with a run-out or a catch.

Jofra Archer (Credits - 9.5): Jofra Archer has troubled the best of the batsmen with his pace and accuracy this season in IPL 2020. He has picked up 13 wickets so far in the tournament at an impressive economy rate of 6.75, the best among top-five wicket takers this year. Archer can also fetch some points with his ability to clear the ropes with ease, later in the innings.

Rashid Khan (Credits - 9.5): The Afghan spinner will look to get the better of Rahul Tewatia on Thursday after getting hammered for 16 runs by the uncapped all-rounder when the two teams met last time in IPL 2020. Rashid has picked up 11 wickets this season and he has the best economy rate in IPL 2020 among those bowlers who have bowled 20 overs or more, 5.52. He should be a sure-shot in your fantasy XI.

Jofra Archer Rahul Tewatia IPL 2020 Cricket Rajasthan Royals vs Sunrisers Hyderabad, Match 40
Get the latest updates on India vs England Series, India vs England , live score and IPL 2021 Auction . Like us on Facebook or follow us on Twitter for more sports updates. You can also download the NDTV Cricket app for Android or iOS.