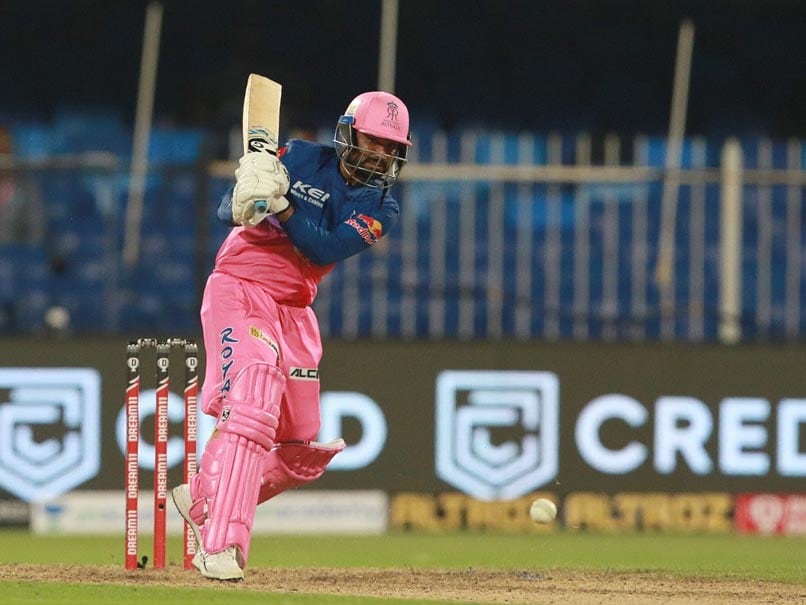 Rajasthan Royals (RR) defeated Kings XI Punjab (KXIP) by four wickets as they completed a record run chase of 224 runs. Rahul Tewatia smashed five sixes in an over by Sheldon Cottrell to turn things around, following the dismissal of Sanju Samson which seemed to have tilted the game in favour of KXIP. Jofra Archer further provided support with a handy cameo to help RR remain unbeaten in IPL 2020. Earlier, Kings XI Punjab (KXIP) openers KL Rahul and Mayank Agarwal enabled the side to post a massive total of 223/2, after being sent in to bat at the iconic Sharjah cricket stadium in match nine of Indian Premier League (IPL) 2020 on Sunday. Agarwal registered his maiden century in the IPL off 45 deliveries, smashing the ball to all corners of the ground, before being dismissed for 106. Rahul further scored an excellent half-century, before perishing for 69. Glenn Maxwell and Nicholas Pooran helped in finishing the KXIP innings effectively, with some beautiful strokes.(SCORECARD)

Jos Buttler IPL 2020 Rajasthan Royals vs Kings XI Punjab, Match 9 Live Score Live Cricket Score Cricket Live Blogs
Get the latest updates on SA vs IND 2021-22, check out the Schedule and Live Score . Like us on Facebook or follow us on Twitter for more sports updates. You can also download the NDTV Cricket app for Android or iOS.