IPL 2020: "Hit The Gym Like It's A Short Ball": Rohit Sharma Get Into Serious Action Ahead Of Tournament

With his recent Twitter post showing his rippling muscles, Rohit Sharma looks like he could set the IPL on fire once again with his batting exploits. 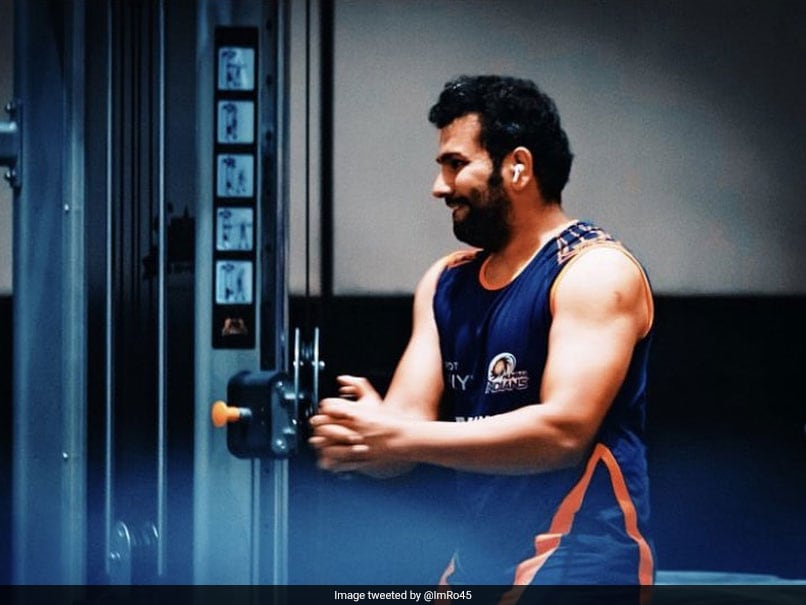 Rohit Sharma shared pictures from a gym session in the UAE.© Twitter

With the Indian Premier League (IPL) set to begin on September 19 in the United Arab Emirates (UAE), Mumbai Indians (MI) captain Rohit Sharma shared some photos of him exercising in the gym. The photos showed his bulging muscles, which have helped him break many batting records. The swashbuckling batsman is en route to gaining full match fitness and the photographs prove his ambitions for the tournament's 13th edition. "Hit the gym like it's a short ball", the 33-year-old tweeted along with the photos.

Hit the gym like it's a short ball pic.twitter.com/o5vuVT9QOD

MI reached UAE on August 21 and began training on August 29. Rohit's tweet indicates the hard work being put in by teams to make the tournament successful in today's COVID-19 world.

The tweet received a lot of praise from his fans, with many hailing his dedication to the team.

Also, nicknamed as Hitman, Rohit has captained Mumbai Indians since 2013, leading them to four titles. His photos also show that he is ready to pile on his 4,898 IPL runs. He has played 188 matches in the tournament, having represented Deccan Chargers in the past. He was sold to Mumbai Indians in the 2011 auction.

Mumbai Indians Cricket
Get the latest updates on ICC T20 Worldcup 2022, check out the Schedule and Live Score. Like us on Facebook or follow us on Twitter for more sports updates. You can also download the NDTV Cricket app for Android or iOS.