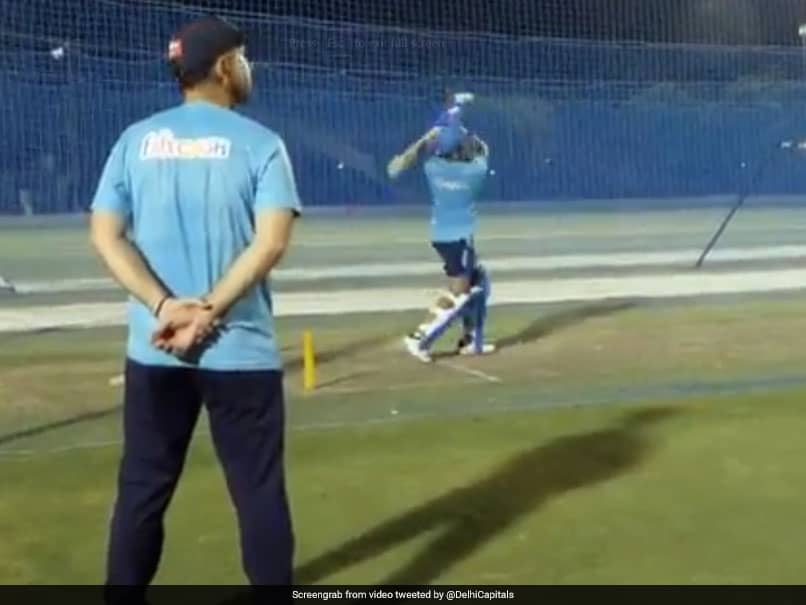 Delhi Capitals (DC) opener Prithvi Shaw drew praise from former Australian cricketer and franchise head coach Ricky Ponting, following an audacious shot during a training session in the UAE. Ponting was closely watching Shaw as the young batsman prepared himself to negotiate a pacer. The 20-year-old connected bat on ball perfectly, as the DC head coach looked on before acknowledging the beauty of the shot. "Shot mate. Awesome shot," said Ponting. All the franchises have been training for the upcoming edition of the Indian Premier League (IPL), having completed the mandatory quarantine as per the government of the UAE and IPL guidelines. Chennai Super Kings (CSK) was the last team to begin training, with the franchise stepping on the field on Friday following a third round of COVID-19 tests.

Shaw seems to be in high spirits lately, as evident from his big smile in a picture shared by the DC official Twitter handle featuring the opener and teammate Shikhar Dhawan. "#WideSmileWednesday needs to be a thing," read the caption on the Tweet.

Shaw scored 353 runs in 16 matches for DC in the previous edition of the tournament, as the franchise entered the playoffs after seven years. DC have been forced to deal with a few issues before the start of IPL 2020, following the loss of key players Chris Woakes and Jason Roy who have opted out of the tournament.

The 13th edition of the IPL is scheduled to start from September 19.

Delhi Capitals Prithvi Shaw Ricky Ponting Cricket
Get the latest updates on India vs Australia Series, check out the India vs Australia Schedule for 2020-21 and Ind vs Aus live score . Like us on Facebook or follow us on Twitter for more sports updates. You can also download the NDTV Cricket app for Android or iOS.