Mumbai Indians have introduced the smart rings for all their members to track vital stats for daily analysis. 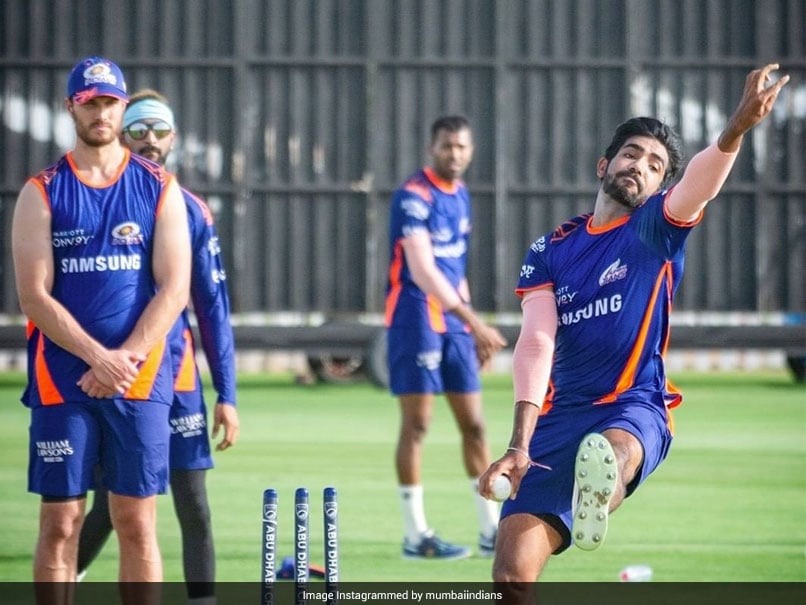 The Mumbai Indians have added the smart ring as additional measure against COVID-19.© Instagram

Defending champions Mumbai Indians have taken their COVID-19 precautionary protocols to the next level with the introduction of a special "smart ring". The ring is a personal health tracking device to be worn by every member of the team present in Abu Dhabi for the 13th edition of the Indian Premier League (IPL). While the BCCI has already handed teams a bluetooth-enabled contact tracing device and asked them to fill in a daily fitness form through a Health App, the Mumbai Indians management has further strengthened their safety net with the introduction of the ring.

It is done with an attempt to mitigate the silent spread of the virus by flagging potential onset symptoms.

Speaking to ANI, sources in the know threw light on the way the ring functions. "The ring picks up a person's vital data -- heart rate, heart rate variation, respiratory rate and body temperature among other details -- and then flags any irregular trend in advance so that asymptomatic signals can be spotted at the earliest and dealt with. The ring monitors the person's pulse, movements and temperature to present a complete picture so that helps in daily analysis. NBA (National Basketball Association) has made use of the similar ring health device," the source said.

Mumbai Indians have been known to be at the top of their game when it comes to setting the trend in club sports culture and have continued to maintain the high standard of operational excellence.

In fact, when many clubs were working on how to put together COVID-19-related protocols after BCCI officially announced that the IPL will be played in the UAE, Mumbai Indians are learnt to have not only prepared its own bio-bubble and also called the outstation players at the earliest to prepare them for the tournament.

The players went through the franchise's compulsory 14-day quarantine, multiple COVID-19 tests and also were part of a brief camp in Navi Mumbai. Images of MI's travel to UAE created a very positive impression on how preparations were on for the first Indian sporting event in the post-corona era.

"We were all covered head to toe, with PPE, mask, face shield and even 3 pairs of gloves. It was absolutely difficult to recognise the person next to you. Quite an experience, but we realised how necessary it was for our own safety. We have families here and there can''t be a safer place than the Mumbai Indians camp. It showcases how much the MI management is invested in the health and safety of its players and staff," a player smiled.

Mumbai Indians recently also unveiled a massive 15,000 sq ft Team Room -- a recreational centre with players, families, staff seen enjoying multiple game zones, live band. In addition, the team has also created its own 10,000 sq ft gymnasium -- away from the hotel gym for 24x7 exclusive use of the MI family.

Mumbai Indians Cricket
Get the latest updates on ICC T20 Worldcup 2022, check out the Schedule and Live Score. Like us on Facebook or follow us on Twitter for more sports updates. You can also download the NDTV Cricket app for Android or iOS.