MI vs DC IPL Highlights: Mumbai Indians are on top of the points table, following their triumph by a margin of five wickets against Delhi Capitals. 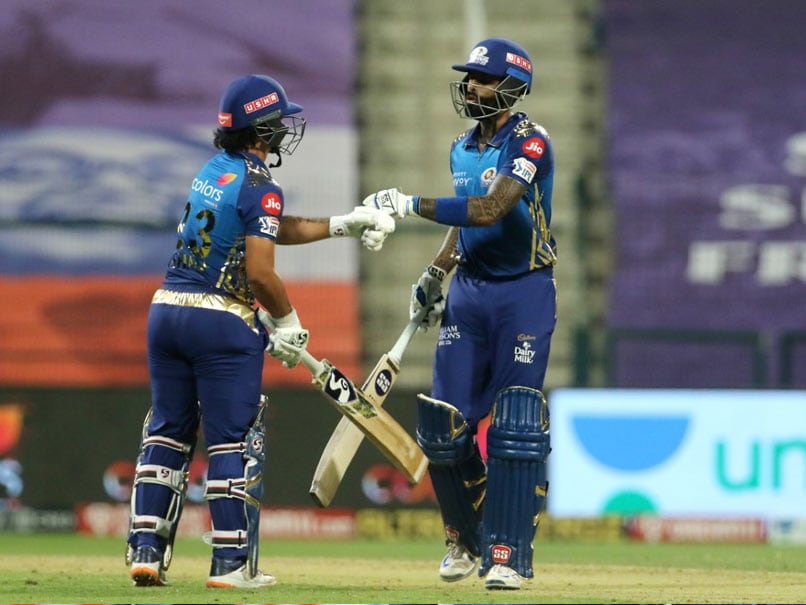 Mumbai Indians (MI) defeated Delhi Capitals (DC) by five wickets in the 27th match of IPL 2020 at the Sheikh Zayed Stadium in Abu Dhabi on Sunday. Quinton de Kock and Suryakumar Yadav scored half-centuries, to help MI remain in contention at every stage after being handed a target of 163 runs. Ishan Kishan further chipped in with a fine cameo as the Mumbai-based franchise jumped to the top of the table. South Africa pacer Kagiso Rabada was the highest wicket-taker for DC, picking two wickets. Earlier, DC batsman Shikhar Dhawan played an unbeaten knock of 69 runs off 52 deliveries to help his side post a total of 162/4. Dhawan's innings comprised of six boundaries and a maximum, with the opener receiving quality support from skipper Shreyas Iyer. Iyer scored a 33-ball 42, hitting five boundaries. The rest of the batsmen failed to make much of an impact. MI all-rounder Krunal Pandya was the pick of the bowlers, accounting for two wickets. New Zealand pacer Trent Boult also chipped in with one wicket. (SCORECARD)

Jasprit Bumrah Live Score Live Cricket Score Live Blogs Mumbai Indians vs Delhi Capitals, Match 27 Cricket
Get the latest updates on SA vs IND 2021-22, check out the Schedule and Live Score . Like us on Facebook or follow us on Twitter for more sports updates. You can also download the NDTV Cricket app for Android or iOS.