With things not going well between football superstar Lionel Messi and Barcelona, Kolkata Knight Riders came up with a brilliant solution. 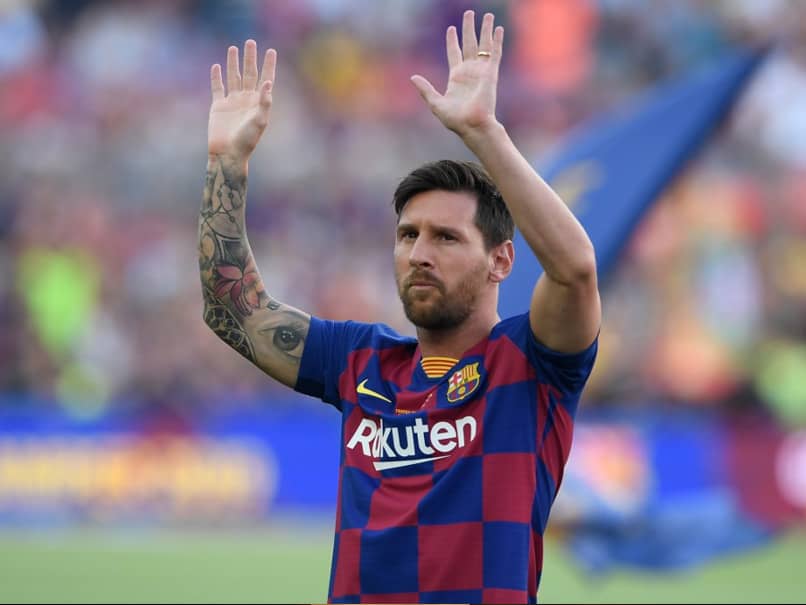 Lionel Messi reportedly wants to trigger a clause that will allow him to leave Barcelona on a free.© AFP

Lionel Messi rocked the football world on Tuesday after he reportedly told Barcelona in a fax that he wants to end his contract with them. Regarded as one of the greatest players ever, Messi has spent his entire career at the Camp Nou and his desire to now leave the club amid internal turmoil has immediately sparked speculations as to where the Argentine forward will be headed next. However, amid the serious transfer talk, Indian Premier League (IPL) franchise Kolkata Knight Riders came up with a hilarious tweet, asking Messi if he'd like to don their jersey ahead of the 13th edition of the cash-rich league.

Re-tweeting a news report on Messi's potential new destination, KKR on Wednesday tweeted a morphed photo of the Barcelona star and wrote: "Mr. #Messi, How about donning the Purple and Gold?"

Mr. #Messi, How about donning the Purple and Gold? https://t.co/oplGLuxpFC pic.twitter.com/QSoJpsRsWi

However, KKR may face some competition for Messi's signature from Indian Super League side Kerala Blasters.

"Messi decides to leave one day before our Wednesday announcement," the Blasters teased on Twitter earlier on Wednesday.

Messi decides to leave one day before our Wednesday announcement

KKR's IPL rivals Delhi Capitals, however, steered clear of the transfer race for the Argentine star.

"In light of recent rumours, Delhi Capitals would like to confirm that a bid for #LionelMessi has not been made," DC tweeted.

In light of recent rumours, Delhi Capitals would like to confirm that a bid for #LionelMessi has not been made.

Manchester City, Paris Saint-Germain and Inter Milan are among the clubs to have been linked to Messi, who is among the greatest players in history and has wages to match, with a reported weekly salary of nearly one million euros.

Messi joined Barcelona's youth academy at the age of 13 and made his debut in 2004 as a 17-year-old, before going on to score a club-record 634 goals.