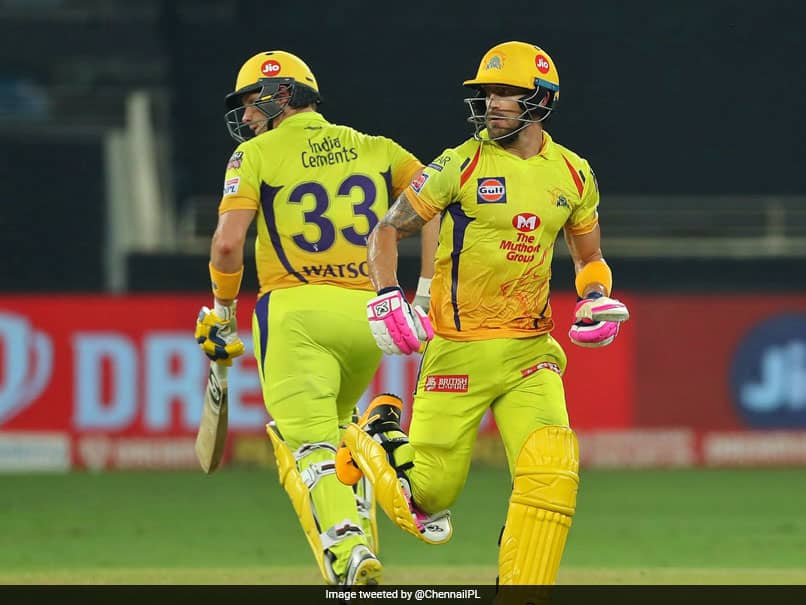 MS Dhoni was full of praise for veteran openers Shane Watson and Faf du Plessis who scored unbeaten half-centuries to help Chennai Super Kings (CSK) defeat Kings XI Punjab (KXIP) by 10 wickets. The Chennai-based franchise recorded this triumph after being handed a target of 179, in match 18 of the 13th edition of the Indian Premier League (IPL) at Dubai International Cricket Stadium on Sunday. Watson smashed 83 runs off 53 deliveries, with 11 boundaries and 3 sixes to his credit. Du Plessis made his presence felt with a 53-ball 87, which comprised of 11 boundaries and a six.

"[Watson] It's not about being more aggressive. He was hitting it well in the nets and what you need is to do that in the middle. It was just a matter of time. Faf is like a sheet anchor for us, keeps playing those shots in the middle. He can always confuse the bowler with the lap shots and all coming in. We needed momentum with the right kind of shots. Watto and Faf backed themselves with the shots they're known for," said Dhoni in the post-match presentation.

KXIP skipper KL Rahul blamed poor execution for the debacle, which has seen them drop to the bottom of the points table.

"There's no rocket science, we know where we're going wrong. The execution part's been bad. They're all professional players, they know where it's going wrong," he stated.

Rahul helped his side post a total of 178/4 after opting to bat, emerging as the top run-scorer with a 52-ball 63. The wicketkeeper-batsman received support from Windies cricketer Nicholas Pooran who smashed 33 runs off 17 deliveries.