"There Is Little Bit Of Apprehension": Kane Williamson Ahead Of IPL Departure

New Zealand skipper Kane Williamson has acknowledged that there is a "little bit of apprehension" as he gears up to leave for the UAE to compete in the Indian Premier League. 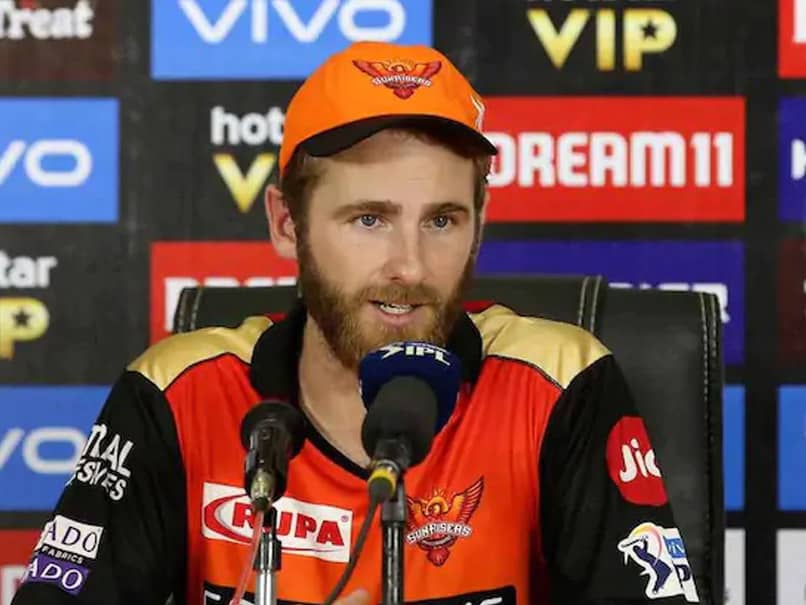 Kane Williamson flies out on Thursday to join the rest of SunRisers Hyderabad squad in the UAE.© AFP

New Zealand skipper Kane Williamson has acknowledged that there is a "little bit of apprehension" as he gears up to leave for the UAE to compete in the Indian Premier League, beginning September 19 amid the COVID-19 pandemic. Thirteen members of the Chennai Super Kings contingent, including two players, testing positive for the virus has added to his concerns as he prepares for his stint with SunrRisers Hyderabad. He flies out on Thursday.

"That's part of the reason why they made every team stay at a different hotel," Williamson told 'Radio New Zealand'.

"But obviously that's bad news. You don't want to hear anybody has COVID. I hear they are predominantly asymptomatic so hopefully through another lockdown period they can come through and will be okay."

He is one of the six New Zealanders featuring in the tournament which was moved out of India due to the rising coronavirus cases.

"Obviously there's a little bit of apprehension, certainly as you get nearer to the time. Now it's two days out you start thinking you do have to be extremely vigilant and disciplined," added Williamson.

The IPL will be played across three cities -- Sharjah, Dubai and Abu Dhabi. The event will conclude on November 10.

Sunrisers Hyderabad IPL 2020 Cricket
Get the latest updates on India vs Australia Series, check out the India vs Australia Schedule for 2020-21 and Ind vs Aus live score . Like us on Facebook or follow us on Twitter for more sports updates. You can also download the NDTV Cricket app for Android or iOS.