Jonty Rhodes On "Benefits" Of Dip In The Ganges. See His Rishikesh Photo

Jonty Rhodes has a close relationship with India and has named his daughter India Jeanne Rhodes. 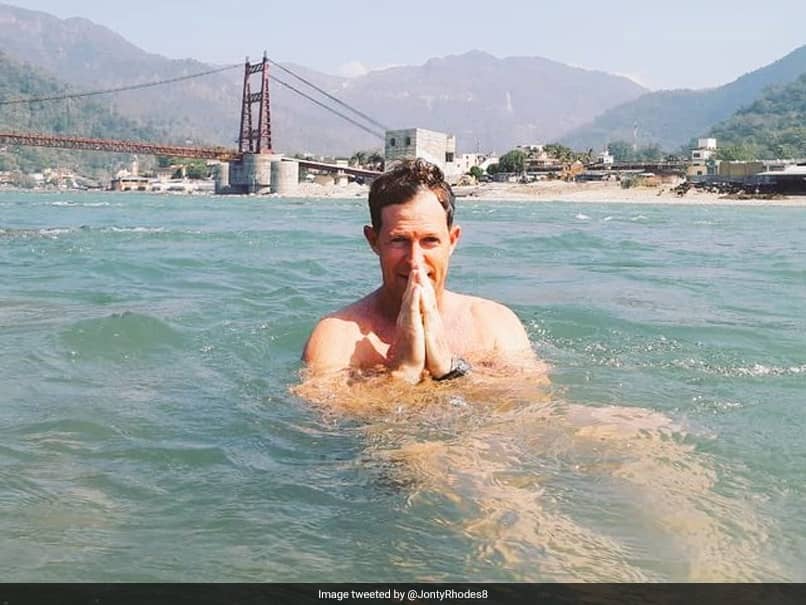 Before KXIP, Jonty Rhodes was the fielding coach of Mumbai Indians from 2009 to 2017.© Twitter

Jonty Rhodes, the former South African cricketer, took to Twitter and posted a picture of him taking a dip in the river Ganges in Rishikesh on Wednesday. "Benefits of cold water immersion in the Holy Ganges are both physical and spiritual #moksha #rishikesh #internationalyogfestival," Rhodes captioned the picture. The 50-year-old is probably in India as the 13th edition of the Indian Premier League (IPL) is about to begin on March 29. Jonty Rhodes is currently associated with IPL franchise Kings XI Punjab as their fielding coach. Before KXIP, Rhodes was the fielding coach of Mumbai Indians from 2009 to 2017. Rhodes was also a part of three IPL title campaigns for the most successful team in the tournament.

Benefits of cold water immersion in the Holy Ganges are both physical and spiritual #moksha #rishikesh #internationalyogfestival pic.twitter.com/yKjJUZsoz2

Interestingly, Jonty Rhodes seems to have a special connection with India as he named his daughter, born in 2016, India Jeanne Rhodes.

"I have spent a lot of time here. What I love about India is that it's a rich mix of culture, heritage and tradition. It is a very spiritual country, very forward-thinking nation. I really like that combination. You have to have a good balance of life," Rhodes had said.

"With the name like India, she will have the best of both worlds and that sort of balance," he added.

KXIP, who will be led by KL Rahul in 2020, had reached the semi-finals in 2008 and finished second-best after losing in the final to Kolkata Knight Riders in the 2014 edition.

Kings XI Punjab Jonty Rhodes IPL 2020 Cricket
Get the latest updates on India vs England Series, India vs England , live score and IPL 2021 Auction . Like us on Facebook or follow us on Twitter for more sports updates. You can also download the NDTV Cricket app for Android or iOS.