UAE pacer Zahoor Khan has been helping Mumbai Indians in the nets and he was overwhelmed by Jasprit Bumrah asking him to share his techniques with him. 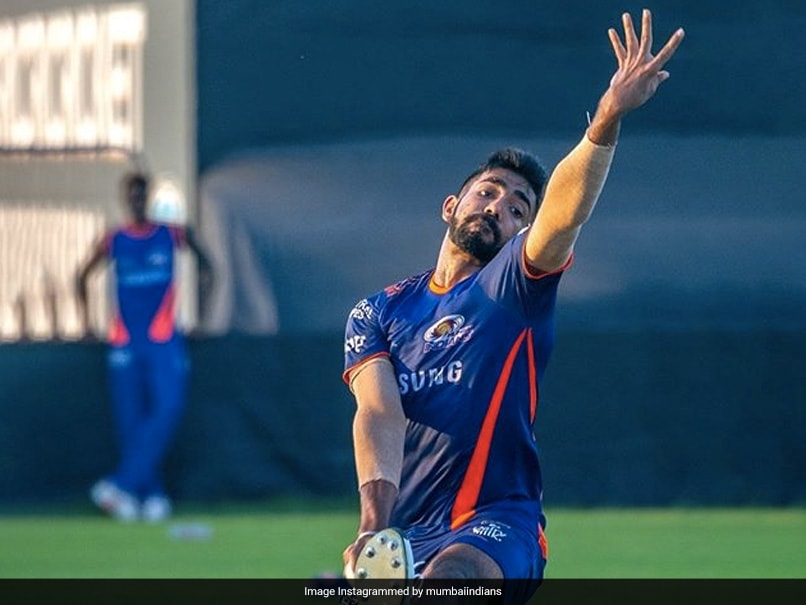 IPL 2020: Jasprit Bumrah is a key part of the Mumbai Indians team.© Instagram

He missed out on being picked in the Indian Premier League (IPL) auction going into season 13, but UAE pacer Zahoor Khan has been roped in by Mumbai Indians to bowl at the nets and help the players prepare better for conditions on offer in the country. Speaking to ANI, Zahoor -- who has finished his quarantine period and was part of the nets before MI's game against RCB on Monday -- said that discussing his slower ball technique with Jasprit Bumrah has been his biggest takeaway from the journey so far. "I am still pinching myself. Bumrah asked me how do I manage to bowl the slower ball with so much dew around. I discussed my technique with him. Imagine one of the best bowlers in the world asking me about adapting to the conditions in UAE. The feeling is yet to sink in as I never expected such a thing to happen."

"In fact, bowling coach Shane Bond and head coach Mahela Jayawardene too liked what they saw when I hit the nets on the eve of the RCB game. Bond was telling me that I should share the secret of my slower delivery with him. These are the little joys that can never be replaced. After I shared my technique, he turned to our head coach and applauded me," the bowler smiled.

Zahoor might be bowling in the nets for MI in the IPL, but he has already shown his skills in the T10 league in Abu Dhabi and the T20 league in Canada and is no new kid on the block.

Interestingly, this isn't the first time that Zahoor has shared the nets with Bumrah. He did it even in 2014 when the India pacer was just taking baby steps towards stardom.

"We were at the team dinner after I finished my quarantine and I reminded Bumrah that I had bowled with him at the MI nets in 2014. Would you believe he remembered it and that brought a smile to my face," he said.

Talking of 2014, Zahoor remembers how Virat Kohli showed him that the India skipper is a class apart, and bowling against him even in the nets can be a challenge.

"I had also bowled at the RCB nets in 2014 and had a fun battle with Virat Kohli. Actually, I was over-enthusiastic and placed a slip while bowling to him and told another bowler in Punjabi that see how I bowl to him and bring the slips into play. Kohli heard me and said now let's see what you got. The way he smashed me all over the place, I cannot start telling you. But as a student of the game, I realised why he was the best in the business," he revealed.

When it comes to being the best, MI skipper Rohit Sharma is as good as it gets and Zahoor says what impressed him most is the nature of the Mumbai captain.

"First day I walk into the training ground, he is in the dressing room. So, he sees me and says feel comfortable and enjoy yourself. I show some confidence and ask him if I can sit next to him. He said the whole dressing room was mine and I could sit anywhere I want. This is what makes you stand out as a human being."

"Similarly, Hardik Bhai (Pandya) came up to me and checked on me. Asked me if all was going well and I could only smile and thank him for checking on me. It has been a wonderful start to the journey and I hope to absorb as much as I can in this period from some of the best in the business," he signed off.

Mumbai Indians IPL 2020 Cricket
Get the latest updates on IPL 2021, IPL Points Table , IPL Schedule 2021 , live score . Like us on Facebook or follow us on Twitter for more sports updates. You can also download the NDTV Cricket app for Android or iOS.