IPL 2020: Shubman Gill Says Good For Us Andre Russell Is Saving His Best For The Last

IPL 2020: Andre Russell, one of the standout performers of last season, has fared way below the expectations with the bat so far, scoring just 50 runs in four innings. 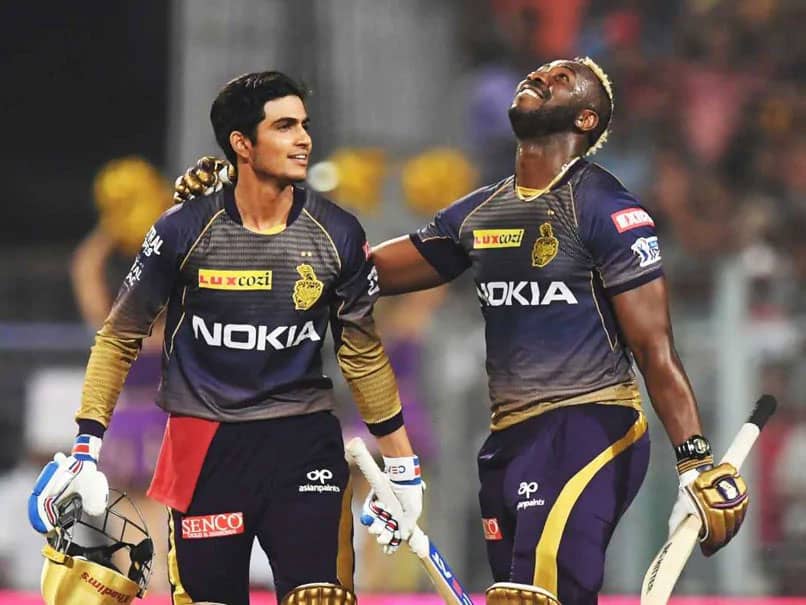 IPL 2020: Shubman Gill has been among top run-getter for KKR, while Andre Russell has been a flop so far.© BCCI/IPL

India's limited-overs deputy Rohit Sharma calls Shubman Gill the ''future'', skipper Virat Kohli has asked him to keep the consistency going as the youngster looks to make a mark on the international stage, and even the legendary Sachin Tendulkar was impressed by some of the shots played by Kolkata Knight Riders batsman during his knock against Rajasthan Royals in the 13th edition of the Indian Premier League.

Speaking to ANI, Gill threw light on his form in the current edition of the league, the wickets on offer in UAE, rockstar Andre Russell warming up for a blast at the business end of the tournament, the youngsters in the Kolkata unit and most importantly how KKR have been playing quality cricket and will only look to get better as the second part of IPL begins.

While Gill showed his brilliance during his unbeaten knock of 70 against Rajasthan Royals, the young opener has failed to convert some of his otherwise good starts into big scores. But the batsman is confident that it is only a matter of time before he converts the starts into solid knocks as he has been hitting them well.

"Yeah, I mean that is what I believe in that when you are batting well, runs are just a matter of time. By time what I mean is that the more time you spend on the wicket, you will get the runs," he said.

While Gill is all of 21, he is no longer considered a youngster in the KKR unit. Having performed consistently in the last couple of seasons, he is seen as an integral part of KKR's leadership group. But this season has seen quite a few new cricketers doing well like Shivam Mavi, Kamlesh Nagarkoti and Rahul Tripathi. Gill says it is quite an experience playing with such talent.

"It feels great honestly because to be there on the field with them is quite an experience for all of us and it creates a very good atmosphere on the field as well and that is very exciting to see," he said.

While some of the youngsters have made it count, powerhouse Russell is yet to come to the party with the bat. Seen as a match-winner over the last few seasons, the all-rounder has managed just 50 runs from his four innings at a strike-rate of 135.13. But Gill looks at the positive side that the business end of the tournament is yet to come and Russell is only warming up.

"He didn't do well as per his expectations. I think it is good for us in the way that the main part of the tournament is yet to come and as they say, save the best for the last," Gill pointed.

The wickets in UAE have looked quite good for not just the batsmen, but also the faster bowlers. While many thought they might turn from the word go, they haven't and Gill sees logic in that.

With all teams playing five-six games so far, the tournament has hit the middle stages and Kolkata are placed fourth with three wins and two losses. Asked about the team's performance so far, Gill said that apart from the first game where the boys looked rusty, it has been good.

"I think we are playing great cricket. Apart from the first game, we lost where we looked a bit rusty as we were all playing our first match after such a long time. Except for that game, we have been playing some really good cricket. The matches that we have won, we have done it comprehensively and were quite comfortable wins for us," he signed off.

Andre Russell IPL 2020 Cricket
Get the latest updates on IPL 2020, check out the IPL Schedule for 2020 and Indian Premier League (IPL) Cricket live score . Like us on Facebook or follow us on Twitter for more sports updates. You can also download the NDTV Cricket app for Android or iOS.