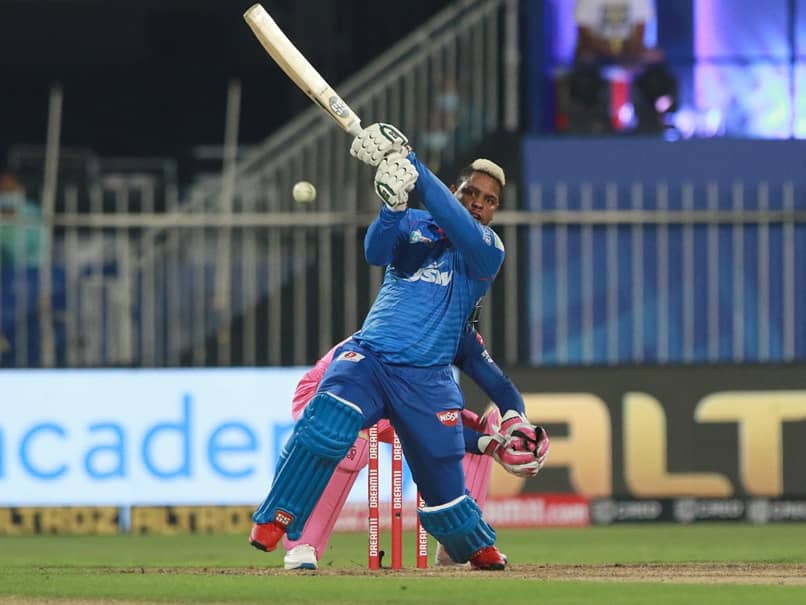 After playing a match-defining knock of 45 runs off just 24 balls against Rajasthan Royals in the Indian Premier League (IPL), Delhi Capitals batsman Shimron Hetmyer said that it was good for him to get a long knock in the middle. Rajasthan Royals failed to chase down 185 runs and were bowled out for 138, giving Delhi Capitals a win by 46 runs.

While batting first, Delhi Capitals registered 184/8 in the allotted twenty overs. For the Shreyas Iyer-led side, Shimron Hetmyer and Marcus Stoinis got among the runs scoring 45 and 39 respectively.

"I felt good actually, after a while I got a long knock in the middle, it felt really great, yes I was trying to hit a six on the delivery I got out, my intentions were first to get a single but I felt the ball was in the slot so I went for it, but that's how it goes sometimes," Hetmyer told Marcus Stoinis in a video posted on iplt20.com.

In the 17th over, Hetmyer had already smashed two sixes, and he went for the third one to bring up his fifty, but the left-handed batsman was caught at the boundary ropes.

Hetmyer has so far scored 91 runs for the Delhi Capitals in the ongoing edition of the IPL at an average of 30.33.

No Rajasthan Royals batsman was able to stay at the crease for a long period of time and only Rahul Tewatia (38) and Yashasvi Jaiswal (34) registered respectable scores. For Delhi Capitals, Kagiso Rabada once again did well as he scalped three wickets.

In the match, Ravichandran Ashwin and Axar Patel got three wickets among them. Ashwin also managed to bag the crucial wicket of Jos Buttler.

With this win, Delhi Capitals has gone to the top of the IPL 2020 standings with 10 points from six games. The side will next face Mumbai Indians on Sunday, October 11.

Kagiso Rabada
Get the latest updates on India vs England Series, India vs England , live score and IPL 2021 Auction . Like us on Facebook or follow us on Twitter for more sports updates. You can also download the NDTV Cricket app for Android or iOS.