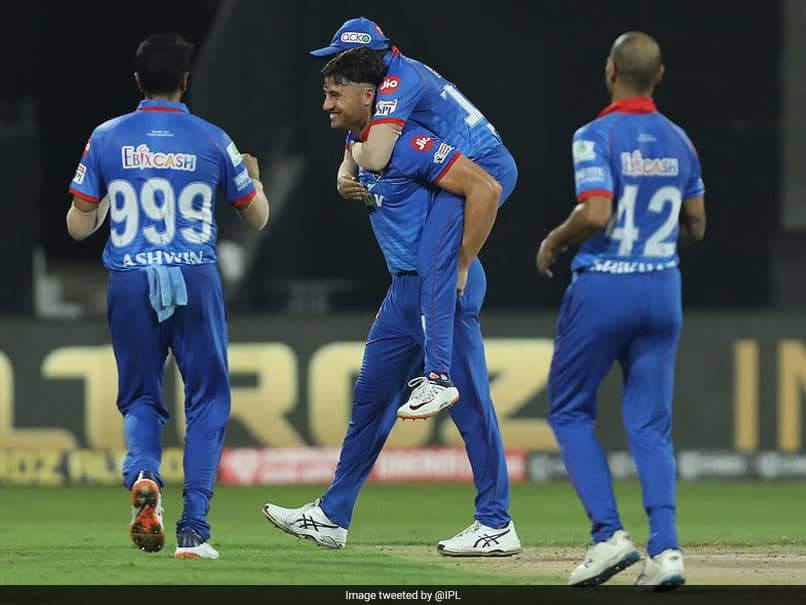 Delhi Capitals put in a clinical all-round performance against Rajasthan Royals at the iconic Sharjah Cricket Ground on Friday to register a comfortable 46-run win. The win helped Delhi Capitals take the first spot from Mumbai Indians on the Indian Premier League 2020 points table. Marcus Stoinis was the star with both bat and ball and Kagiso Rabada closed the game out for the Delhi-based franchise with a three-wicket haul. After their fourth consecutive defeat, Rajasthan Royals are now seventh on the points table. Mumbai Indians, who are at second place, will take on Delhi Capitals in a battle of the top teams on Sunday.

SunRisers Hyderabad, who have three wins from six games, are at third place while Kolkata Knight Riders are fourth on the points table with three wins after five matches.

Royal Challengers Bangalore, who are on fifth spot, will face Chennai Super Kings, sixth on the table, on Saturday.

The Orange Cap stays with KL Rahul who has 313 runs from six matches but Shreyas Iyer and Prithvi Shaw climbed their way and took the sixth and seventh spot in the list of top run getters.

Iyer scored 22 runs while Shaw played a cameo of 19 runs on Friday.

Chennai Super Kings' Faf du Plessis is 14 runs behind him and is second on the list with 299 runs from six games.

Mayank Agarwal is at third place with 281 runs while SunRisers Hyderabad's duo of Jonny Bairstow and David Warner are next in line with 241 and 227 runs respectively.

Kagiso Rabada, who is leading the race for the Purple Cap, extending his tally of wickets to 15 with a three-wicket haul against Rajasthan Royals at the Sharjah Cricket Ground.

Mumbai Indians' pace trio of Jasprit Bumrah (11 wickets), Trent Boult (10 wickets) and James Pattinson (9 wickets) are the next three bowlers on the list with most wickets this season.