IPL 2020, KXIP vs MI, Kings XI Punjab vs Mumbai Indians: Players To Watch Out For

IPL 2020, KXIP vs MI: With Jasprit Bumrah not clicking, Trent Boult will hold the key for Mumbai Indians against an in-form Kings XI Punjab batting line-up. 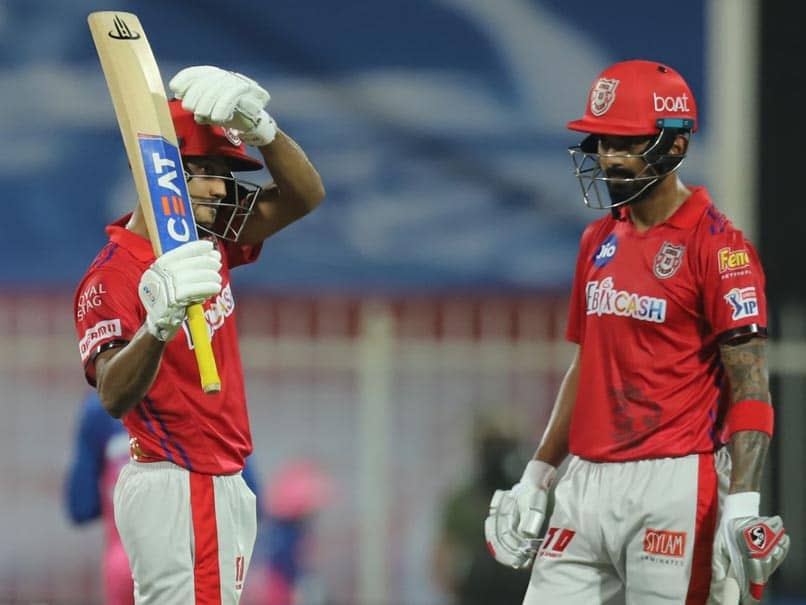 IPL 2020: Mayank Agarwal and KL Rahul have been the top performers with the bat this season.© BCCI/IPL

Kings XI Punjab (KXIP) will take on Mumbai Indians at the Sheikh Zayed Stadium in Abu Dhabi on Thursday. Both teams lost their last game and would be gunning to get back to winning ways. Mumbai Indians lost a thrilling Super Over to Royal Challengers Bangalore while KXIP suffered a shock defeat against Rajasthan Royals as the Steve Smith-led side chased down 224 runs with three balls to spare. For Mumbai Indians, Jasprit Bumrah's form is becoming a cause of concern. The pacer gave away 42 runs from four overs against RCB and will be looking for an improved showing when Mumbai Indians and KXIP meet in their fourth IPL 2020 game.

Rohit Sharma: The Mumbai Indians skipper is just two runs away from completing 5,000 IPL runs. He would want to make this occasion a memorable one by putting in a batting masterclass and helping his side get back to winning ways.

Kieron Pollard: The West Indies all-rounder turned the game on its head against RCB in Mumbai Indians' previous game with a whirlwind knock of 60 off just 24 balls. Pollard will be looking to continue his form against a KXIP bowling line-up that would be low on confidence after the thrashing they received from Rajasthan Royals' batsmen.

Trent Boult: Kings XI Punjab rely heavily on their top-order with the likes of KL Rahul and Mayan Agarwal doing the bulk of the scoring so far in the tournament. The onus will be on the New Zealand pacer to stop KXIP from getting off to a good start and provide early breakthroughs to the team.

KL Rahul: KXIP skipper is the leading run-scorer in this year's IPL with 222 runs from three matches. KL Rahul scored a century against RCB and followed it up with a half-century against Rajasthan Royals. He will be hoping to continue his good run with the bat and help his side get their second win.

Ravi Bishnoi: The young leg-spinner has impressed one and all in the three matches he has played so far in IPL. Even during the run-fest against Rajasthan Royals, Bishnoi returned with figures of none for 34 from his four overs. He can prove to be a game-changer for KL Rahul in the middle overs and trouble the star-studded Mumbai batting line-up.

Mayank Agarwal: Fresh of a hundred against Rajasthan Royals, Mayank Agarwal will be hoping to continue his dream run in this year's IPL. He is just a run behind KL Rahul in the list of top run-getters in this season and KXIP will be hoping that the duo of Agarwal and Rahul can once again provide them a solid start.

KL Rahul Mayank Agarwal Ravi Bishnoi IPL 2020 Kings XI Punjab vs Mumbai Indians, Match 13 Cricket
Get the latest updates on India vs England Series, India vs England , live score and IPL 2021 Auction . Like us on Facebook or follow us on Twitter for more sports updates. You can also download the NDTV Cricket app for Android or iOS.