IPL 2020, SRH vs DC: Kagiso Rabada will be aiming to stretch his fine form when Delhi Capitals face SunRisers Hyderabad. 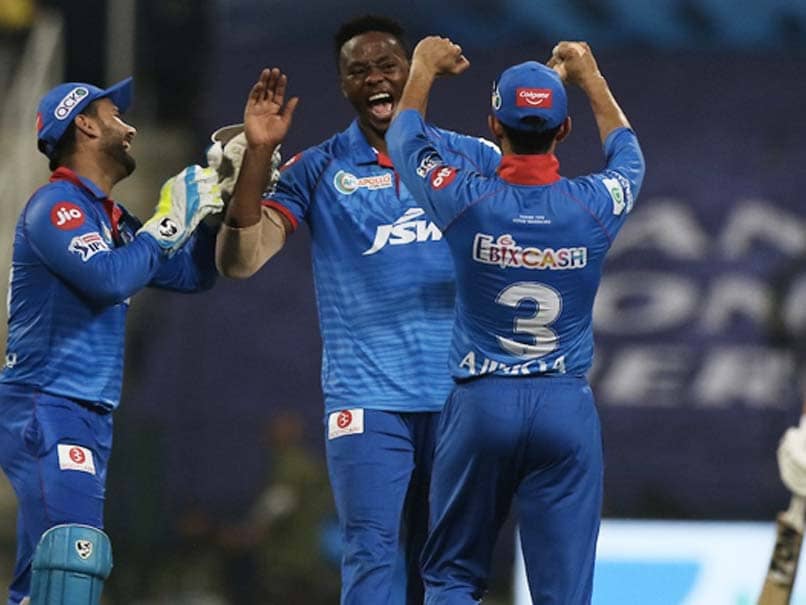 SunRisers Hyderabad (SRH) face Delhi Capitals (DC) in Match 47 of the ongoing Indian Premier League (IPL) 2020, at the Dubai International Stadium, in Dubai. After 11 matches, SRH have lost seven fixtures and won four. Meanwhile, DC have won seven and lost four games. The last times both sides met in Match 11 during the first half of the ongoing season at the Sheikh Zayed Stadium, in Abu Dhabi. Rashid Khan was the star of the match, grabbing three wickets in four overs and conceding 14 runs.

Jonny Bairstow (Credits - 12): The Englishman is currently 10th in the race for the Orange Cap, scoring 345 runs from 11 games, at a strike rate of 126.83. He has also slammed 31 fours and 13 sixes. Against DC, he will have a huge task in hand when up against their pacers like Anrich Nortje.

Rashid Khan (Credits - 10): With 14 wickets in his kitty this season from 11 fixtures, Rashid Khan is SRH's main bowling threat other than Mohammed Shami. The leg spinner also has an economy of 5.29, and will be crucial for David Warner's side once again.

Marcus Stoinis (Credits - 8.5): A match-winner for Delhi in many occasions, Marcus Stoinis has scored 232 runs in 11 games this season, at a strike rate of 155.70. He has also grabbed eight wickets from 11 matches.

Kagiso Rabada (Credits - 9.5): Currently leading the Purple Cap race with 23 wickets from 11 fixtures at an economy of 7.64, Kagiso Rabada has taken the IPL with storm in the United Arab Emirates (UAE). The South African has been his team's potent bowling threat with Anrich Nortje, and will hope to stretch his lead in the Purple Cap race in the next few matches.

Note: Prices of the players are mentioned besides their names as provided by iplt20.com

Kagiso Rabada IPL 2020 Sunrisers Hyderabad vs Delhi Capitals, Match 47 Cricket
Get the latest updates on India vs Australia Series, check out the India vs Australia Schedule for 2020-21 and Ind vs Aus live score . Like us on Facebook or follow us on Twitter for more sports updates. You can also download the NDTV Cricket app for Android or iOS.