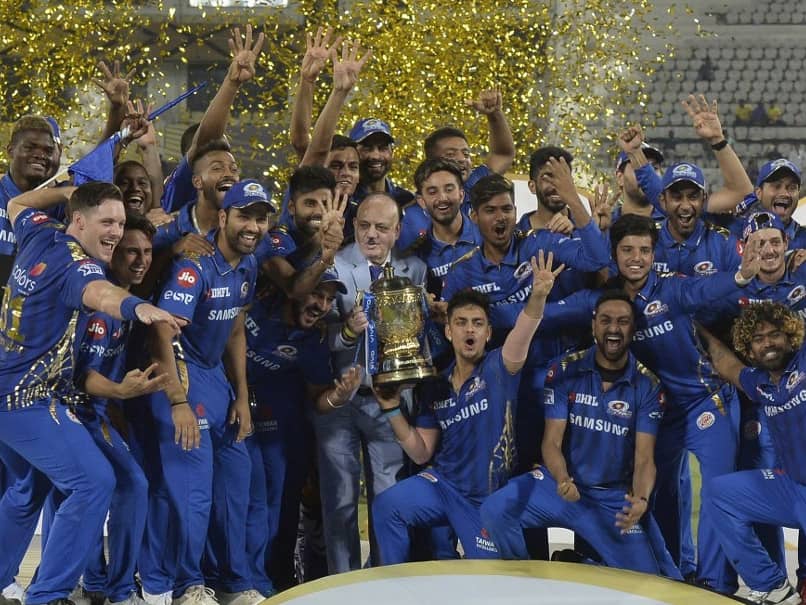 The IPL is scheduled to begin on September 19.© AFP

Fantasy cricket league platform Dream11 has been named title sponsors for the Indian Premier League (IPL) 2020, after the Board of Control for Cricket in India (BCCI) and Chinese smartphone-makers Vivo suspended their contract for this year. Dream11 outbid companies like Tata Sons, Unacademy and Byju's to bag the title sponsorship deal for the cash-rich league. Dream11 bid Rs 222 crore for the sponsorship rights, IPL chairman Brijesh Patel said. Unacademy had bid Rs 210 crore, Tata Sons Rs 180 crore and Byju's had bid Rs 125 crore.

Vivo and BCCI postponed their partnership for one year due to the prevailing India-China border stand-off. Under the deal with Vivo, BCCI were receiving Rs 440 crore per year.

BCCI president Sourav Ganguly had said after the suspension of sponsorship contract with Vivo, that it was not a financial crisis.

"I wouldn't call it a financial crisis. It is just a little bit of a blip," Ganguly said.

"BCCI, it's a very strong foundation - the game, the players, the administrators in the past have made this game so strong that BCCI is able to handle all these blips," he had said.

"You keep your other options open. It is like Plan A and Plan B."

The IPL was originally scheduled to begin on March 29, but was postponed due to the coronavirus pandemic.