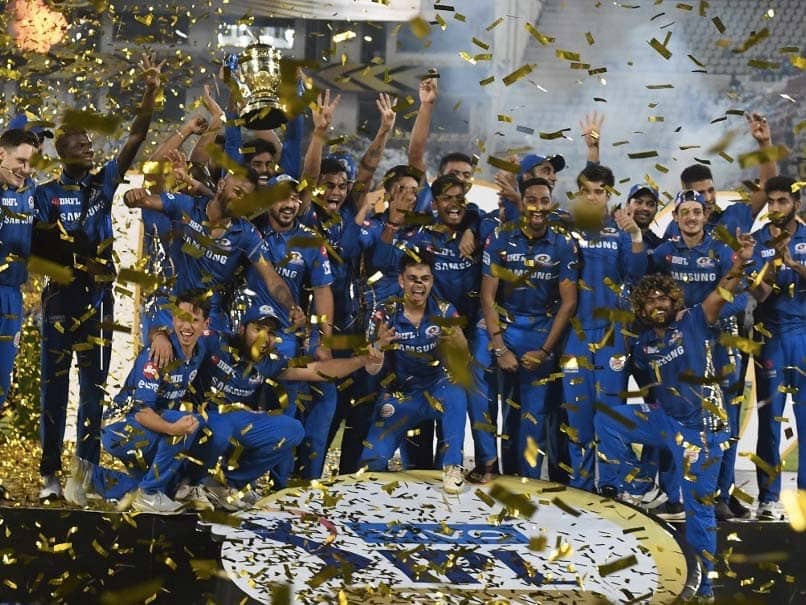 Mumbai Indians are the most successful side in IPL history with four titles.© AFP

The Board of Control for Cricket in India (BCCI) on Wednesday released an official statement confirming fantasy cricket league platform Dream11 as the title sponsor for Indian Premier League (IPL) 2020. "The IPL Governing Council has announced Dream11 as the new Title Sponsor of the 2020 edition of the Indian Premier League," the statement said. IPL chairman Brijesh Patel had announced Dream11 as the title sponsor for IPL 2020 on Tuesday, after they bid Rs 222 crore for the sponsorship rights.

The cash-rich league was left without a title sponsor, after BCCI and Chinese smartphone makers Vivo suspended their sponsorship deal for this year due to the prevailing India-China border stand-off.

Under the deal with Vivo, BCCI were receiving Rs 440 crore per year.

Dream11 outbid companies like Tata Sons, Unacademy and Byju's to bag the sponsorship deal for the cash-rich league.

The Mumbai-based company has been associated with cricket since 2008. The platform was founded by Harsh Jain and Bhavik Patel. Harsh Jain is son of Anand Jain, a close business and family associate of Mukesh Ambani.

The company sponsored the Otago Volts in the first Champions League. It also sponsored the last season of the New Zealand Super Smash and the T10 Vincy Premier League in the Caribbean in May.

The 13th edition of the IPL was originally scheduled to begin on March 29, but was postponed due to the coronavirus pandemic.