IPL 2020, SRH vs CSK: Every loss brings some changes in the line-up but SRH wicketkeeper Jonny Bairstow would still be around hopefully when the team takes on Chennai Super Kings. The Englishman is due another big one and it will fall on the CSK fast bowlers led by Deepak Chahar to stop him. 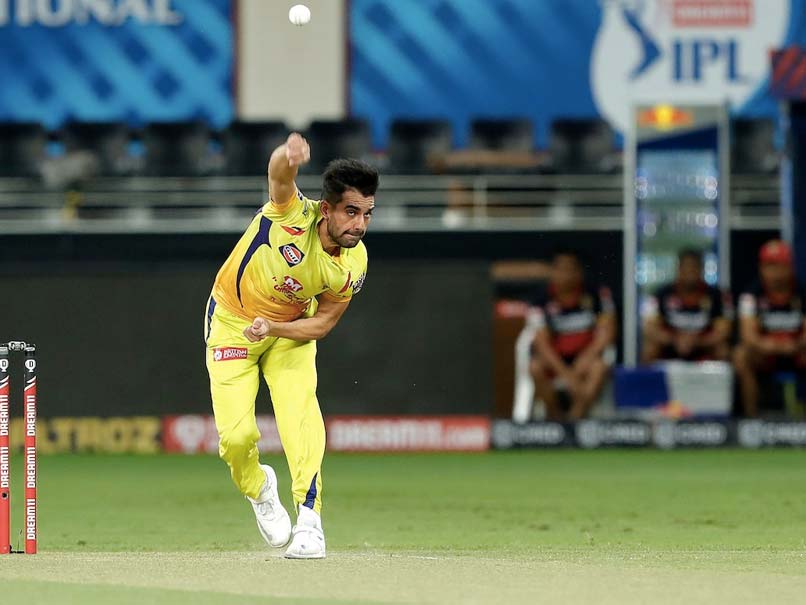 SRH vs CSK: Deepak Chahar has six wickets from seven games for CSK, with an economy of 7.92.© BCCI/IPL

When SunRisers Hyderabad take on Chennai Super Kings in a must-win match for both sides, the SRH top-order will once again need to deliver, and deliver enough for the bowling to follow up, Jonny Bairstow, who began the tournament like a house on fire, is seeing the embers lowering and would be keen to re-kindle his batting. At the same time, CSK frontline bowler Deepak Chahar seems to have found his measure and is sending down some good stuff, though his team is on the losing side way too often for him to be too happy.

Bairstow has scored 257 runs from seven SRH games in IPL 2020, with a fine 97 as his top score and a strike rate of 133.16, which is quite a bit lesser than his IPL overall strike rate of 147.47. But with the three grounds in the UAE under constant use, and with little time to recover, it is not surprising that the scoring rates are lower for most players.

Deepak Chahar has six wickets from seven games for CSK, with an economy of 7.92, but he has in the last couple of matches shown a rhythm and also swung the ball, which can be telling for an opener.

Both CSK and SRH desperate for points, all players will need to pull their weight and beyond for either side to have a realistic chance of making the knockout stages.

With that in mind, key players like Bairstow and Chahar will be eyeball-to-eyeball. Who blinks first may well affect the result of the match.

Jonny Bairstow IPL 2020 Sunrisers Hyderabad vs Chennai Super Kings, Match 29 Cricket
Get the latest updates on ICC T20 Worldcup 2022 and CWG 2022 check out the Schedule, Live Score and Medals Tally. Like us on Facebook or follow us on Twitter for more sports updates. You can also download the NDTV Cricket app for Android or iOS.