IPL 2020 will again pit two absolute masters of their trades, in Virat Kohli and Rashid Khan, in a face-off situation when RCB and SRH start their Indian Premier League campaigns in Dubai. 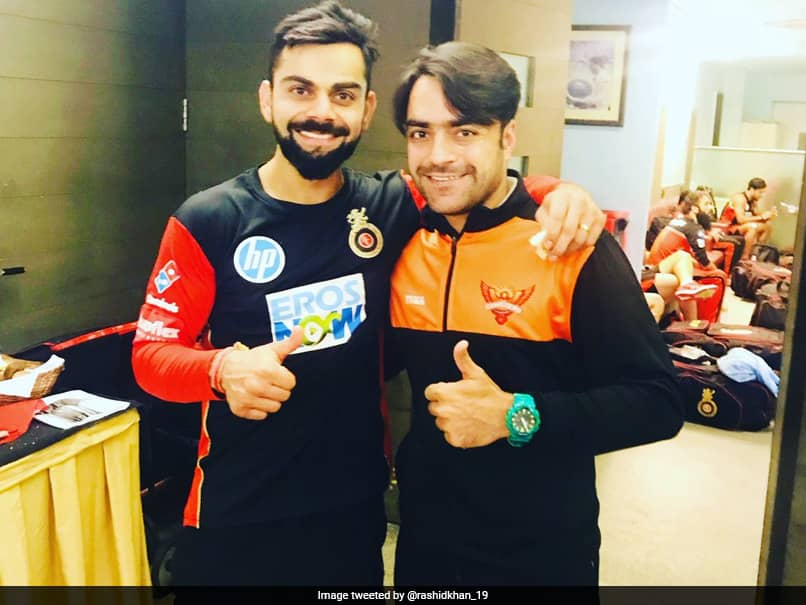 Virat Kohli and Rashid Khan have a lot in common. Apart from their rather similar looks, thanks mainly to the whiskers, their body language is quite similar too. They both smile quite a lot, and also frown frequently (possibly Kohli just a shade more). Another similarity is their mastery on their trades, with Virat Kohli being one of the best batsmen in the world and Rashid Khan right up there as a leg-spinner. Also, neither handle a loss or reverse too well.

Kohli, with 5,412 runs from 177 matches, with five centuries to boot and a strike rate of 131.61, would want a repeat of the 2016 season when he scored four of his five IPL hundreds, so long as the final result is different.

Rashid Khan has made his name as the premier leg-spinner in the business and the IPL has seen him claim 55 wickets from 46 matches, with a sensational economy of 6.55, so it will be quite a challenge to send him for runs.

The tournament is young, and this will be only the third game, so what all vagaries are in store remains to be seen. But given a level playing field, a Virat-Kohl-Rashid Khan face-off will be something to follow.

Virat Kohli Rashid Khan IPL 2020 Sunrisers Hyderabad vs Royal Challengers Bangalore, Match 3 Cricket
Get the latest updates on IPL 2020, check out the IPL Schedule for 2020 and Indian Premier League (IPL) Cricket live score . Like us on Facebook or follow us on Twitter for more sports updates. You can also download the NDTV Cricket app for Android or iOS.