Yuzvendra Chahal found parallels from Lion King when he met up with Chris Gayle again on the ground. 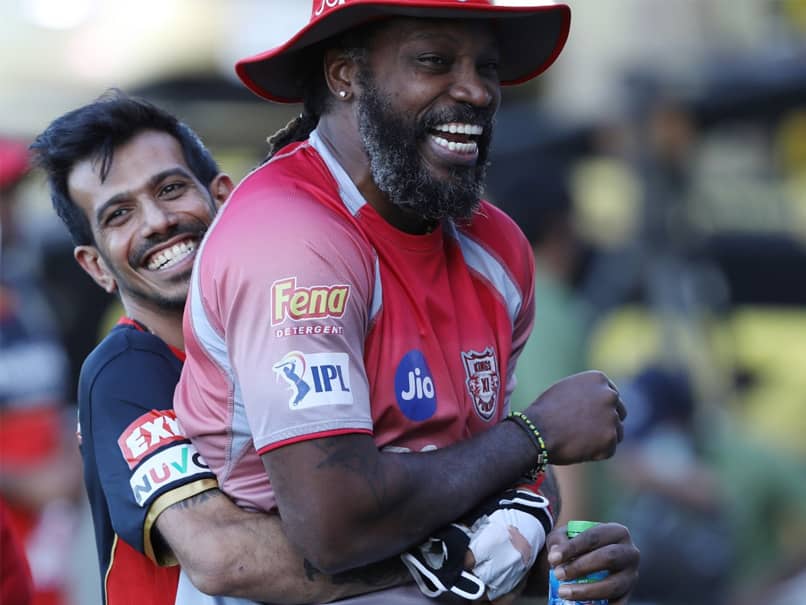 A day after Kings XI Punjab beat Royal Challengers Bangalore by eight wickets in Sharjah, RCB spinner Yuzvendra Chahal took to Twitter to share a photo with former teammate Chris Gayle, comparing themselves with two iconic characters from the Disney classic "Lion King". "Timon & pumbaa reunites," Chahal wrote, sharing his picture with Gayle as well as a picture of the two characters. Timon and Pumbaa are a meerkat and warthog respectively, who are befriended by the movie's protagonist Simba.

While Gayle may have hit a half-century to help KXIP beat his old team, he still shares a good camaraderie with his old teammates. Gayle joined RCB in 2011 and was a part of their side till 2017.

Gayle played his first match of the Indian Premier League (IPL) 2020 season on Thursday at Sharjah. After KXIP restricted RCB to 171, Gayle hit a breezy 53 to help his team chase down the target and announce his return to the starting XI.

This was KXIP's second win of the season, with the first one also coming against the same opposition.

The KL Rahul-led team are at the bottom of the IPL 2020 points table, with four points from eight games.

Despite openers Rahul and Mayank Agarwal leading the season's run charts, and fast bowler Mohammed Shami among the highest wicket-takers, the team have often come close to fall just short of victory.

KXIP will next take on Mumbai Indians on Sunday, while RCB's next game matches them up against Rajasthan Royals on Saturday.

Chris Gayle IPL 2020 Cricket
Get the latest updates on IPL 2020, check out the IPL Schedule for 2020 and Indian Premier League (IPL) Cricket live score . Like us on Facebook or follow us on Twitter for more sports updates. You can also download the NDTV Cricket app for Android or iOS.