IPL 2020, DC vs SRH, Qualifier 2: Ahead of the Qualifier 2 clash against Delhi Capitals, SunRisers Hyderabad spinner Rashid Khan said the team just needs to do the basics right on Sunday. 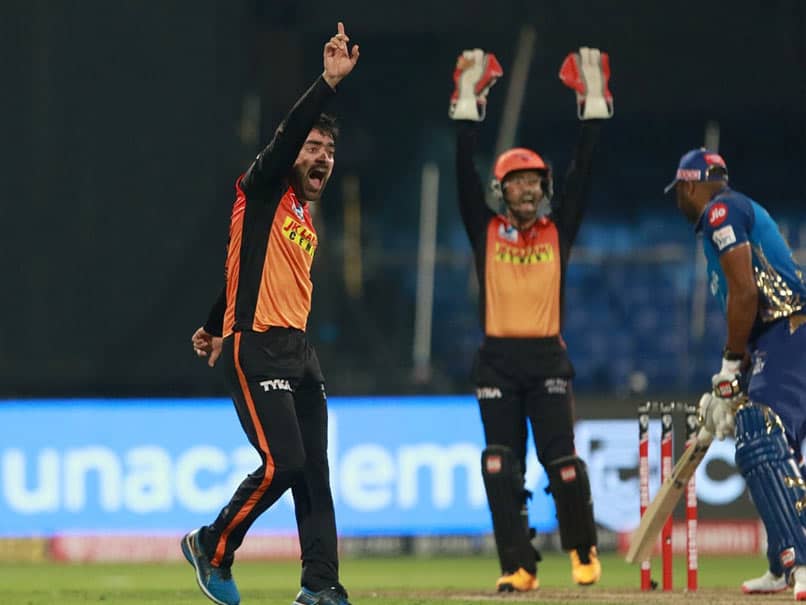 Ahead of the Qualifier 2 clash against Delhi Capitals in the ongoing Indian Premier League (IPL), Sunrisers Hyderabad (SRH) spinner Rashid Khan said that the team just needs to do the basics right on Sunday. Kane Williamson scored his 14th IPL half-century while Jason Holder played a cautious knock, as SRH kept their final hopes alive after defeating Royal Challengers Bangalore (RCB) by six wickets in the Eliminator at Sheikh Zayed Stadium on Friday. Rashid said it was a tough game and he looked to hit the right areas, as he often gets smashed when he bowls full-length balls.

"It was tough, it was the same kind of feeling like the game against KXIP. A game which is Eliminator, and that pressure as well. Thank god we won it. Just kept it very simple for myself, just hit a good area," Rashid said after the match.

"As long as I'm hitting that area, I'm good. I've watched my videos and analysed that most of the time I've been hit when I bowl full. So I try to bowl the right areas. This wicket sometimes you get a skiddy kind of turn," he added.

SRH will now face Delhi Capitals in Qualifier 2 on Sunday (November 8). The winner of that match will play the summit clash against Mumbai Indians.

"Today it wasn't that, it was a bit slow and not skidding as much as the last time we played here. You just have to keep it simple, back of a length. We just need to do the basics right against Delhi and see what happens," said Rashid.

Mumbai Indians Delhi Capitals vs Sunrisers Hyderabad, Qualifier 2 Rashid Khan Cricket
Get the latest updates on India vs Australia Series, check out the India vs Australia Schedule for 2020-21 and Ind vs Aus live score . Like us on Facebook or follow us on Twitter for more sports updates. You can also download the NDTV Cricket app for Android or iOS.