IPL 2020: With the knockout stages approaching fast, take a look at what needs to be done to make qualifying grade. 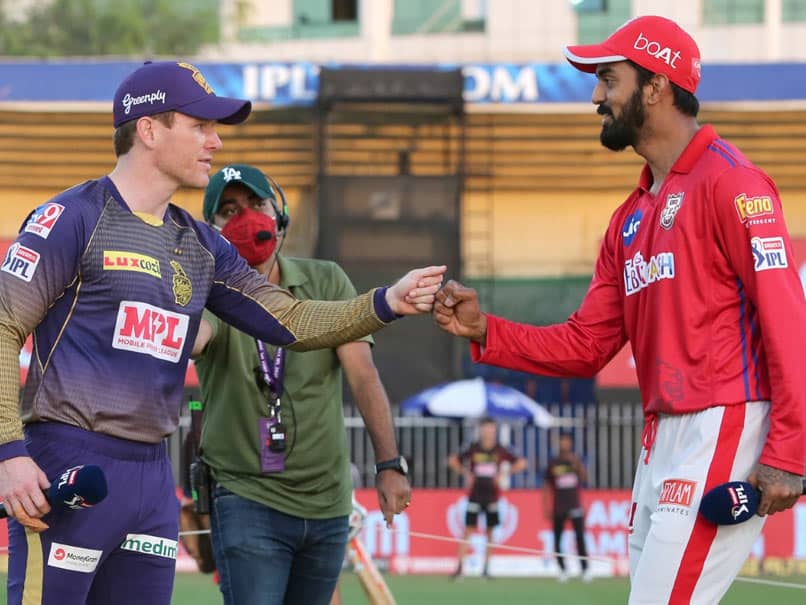 With three of the four teams that will qualify for the knockout stages of the Indian Premier League (IPL) 2020 all but decided, the battle for the fourth spot has heated up in last few weeks. Mumbai Indians, Delhi Capitals and Royal Challengers Bangalore are tied at 14 points at the top of the table. Inconsistent performances from Kolkata Knight Riders, SunRisers Hyderabad and Rajasthan Royals have allowed Kings XI Punjab - languishing at the bottom of the table not too long ago - to make a comeback and take fourth place after winning five games in a row. With Chennai Super Kings the only team officially out of contention for the playoff berth, it is a four-way fight for the fourth qualification spot.

Here are the scenarios that ensure qualification for each team:

With the best Net Run Rate (NRR) in the league, one win for Mumbai Indians in their next three matches would take them to 16 points and virtually ensure a top-four finish for the defending champions. However, MI would want to win two at least and finish in the top two.

The Capitals, like Mumbai Indians, have a good Net Run Rate and two points from their next three games will ensure a top four finish. They too will be looking to make it to the qualifier by finishing in the top two.

Royal Challengers Bangalore have the lowest NRR among teams tied at 14 points. While their NRR of 0.092 is better than the teams below, a single win in their next three games may see them qualify, but they ideally need to win two matches to seal qualification. Finishing level on points with DC and MI will see them finish third, but they do have a chance of finishing top two as well.

KKR have a significantly worse NRR than KXIP, so while it goes without saying that they need to win both their remaining games, they also need KXIP to drop points. If they win one game and KXIP lose both of theirs, while SRH also don't win all of their games, KKR can still qualify.

For Rajasthan Royals to qualify, they need to beat KKR and KXIP and also hope that the two teams lose to Chennai Super Kings. The Royals also need SunRisers Hyderabad to lose at least one game.

SunRisers Hyderabad need to win all their games - which are against the top three teams at the moment - but their qualification is not in their hands alone, as they need KXIP, KKR and RR to all drop points.