KXIP vs RCB: Mohammad Shami won't be giving any quarter to his Team India skipper Virat Kohli when Kings XI Punjab take on Royal Challengers Bangalore. Nor should he be expecting any. 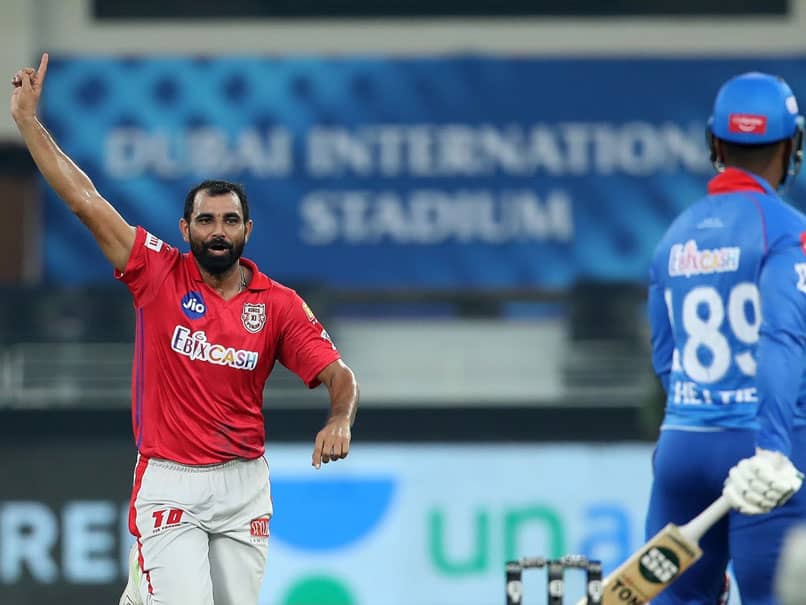 IPL 2020, KXIP vs RCB: Mohammed Shami was on fire against DC, accounting for three wickets.© BCCI/IPL

When Kings XI Punjab (KXIP) meet Royal Challengers Bangalore (RCB) in the second IPL 2020 contest for both sides, Mohammad Shami bowling to his India captain Virat Kohli will be something to look forward to. The fast bowler was in sensational form in the match against Delhi Capitals, while RCB skipper Virat Kohli would be plenty chuffed about beginning with a win over SunRisers Hyderabad. While Kohli's individual display in that match was middling, he is just too good a player to stay down for long, so Mohammad Shami will surely have his task cut out.

Kohli is as good as one gets in cricket, any form. His team may still be waiting for the elusive IPL title, but his form has not been in question.

Kohli, with 178 matches and 5426 runs at a strike rate of 131.53 is right up there when it comes to the big names in IPL. Five centuries, four of them consecutively in one season in 2016, and 36 half-centuries tell their own story.

Shami has 43 wickets from 52 matches and an economy of 8.87. He has, in the past, been guilty of spraying the cricket ball all over, but if KXIP's first match was any indication, he is right on the money for now and being in form on the given day is what is important.

So, a Shami-Kohli face-off is surely something that could see some fireworks, so stand by for that one.

Virat Kohli Kings XI Punjab vs Royal Challengers Bangalore, Match 6 Cricket
Get the latest updates on IPL 2020, check out the IPL Schedule for 2020 and Indian Premier League (IPL) Cricket live score . Like us on Facebook or follow us on Twitter for more sports updates. You can also download the NDTV Cricket app for Android or iOS.