IPL 2020, KXIP vs KKR: Ravi Bishnoi has become KXIP's bowling torchbearer with the rest of the attack floundering. But he will have his task cut out against the seasoned Eoin Morgan when they face KKR, provided the England star is given enough overs to bat. 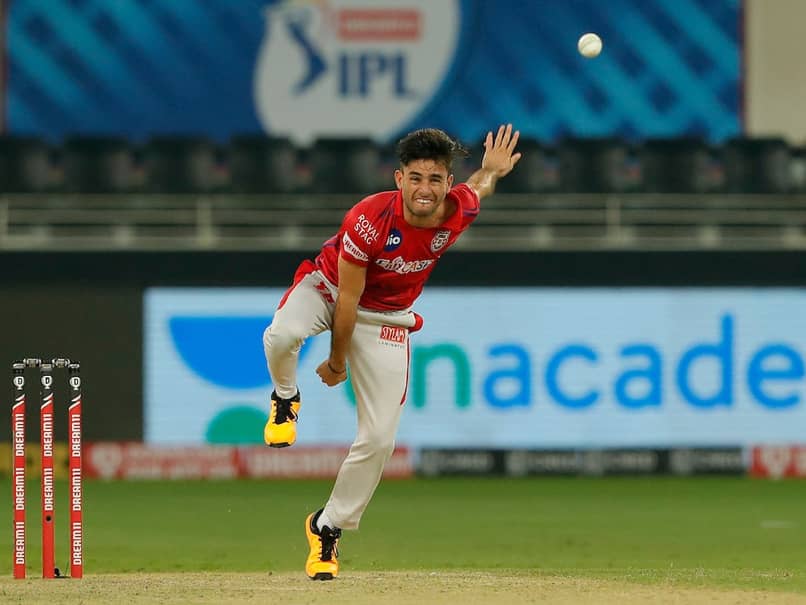 KXIP vs KKR: Ravi Bishnoi has taken seven wickets in six matches at an ecomony of 8.13.© BCCI/IPL

When Kings XI Punjab began their IPL 2020 campaign, it looked like the fast bowling duo of Mohammad Shami and Sheldon Cottrell would run through everything in sight, but that vision evaporated in the desert heat. Soon, it was left to young leg-spinner Ravi Bishnoi to bear the weight and the bowler has done that manfully. But when they face Kolkata Knight Riders, it will be quite the challenge, especially if the England veteran Eoin Morgan is given enough time and overs by the KKR management. The left-hander can carve any attack, and leggies are no different. Bishnoi is in for a major challenge.

But make no mistake, he is up for it. Apart from the tearaway fast bowlers, its always the leg-spinners who are the sassy, in-your-face types, be it Shane Warne, Rashid Khan or Yuzvendra Chahal. Bishnoi too has that fire.

Bishnoi has played six matches for seven wickets at an economy of 8.13, which is not bad at all.

But it is his spell of 3/29 against SunRisers Hyderabad that was remarkable and was the difference between KXIP chasing 201 and 230. That it was in a losing cause is irrelevant.

Morgan too has had his moments but they have largely been restricted by his batting position. On no team on this planet should Eoin Morgan be batting at No.7 and even when he was sent up the order, for lesser batsmen to go ahead of him is just not on.

There is a strong case for Morgan to be at No.4, which makes it almost bang in the middle of the spinners' overs, if KXIP plans are anything to go by. That is where the face-off will occur, and a fascinating one.

Eoin Morgan IPL 2020 Kings XI Punjab vs Kolkata Knight Riders, Match 24 Cricket
Get the latest updates on India vs Australia Series, check out the India vs Australia Schedule for 2020-21 and Ind vs Aus live score . Like us on Facebook or follow us on Twitter for more sports updates. You can also download the NDTV Cricket app for Android or iOS.