IPL 2020 leading wicket-taker Kagiso Rabada is quite capable of making a mark on the field with his aim, as visible from his throw in DC's innovative dressing room drill. 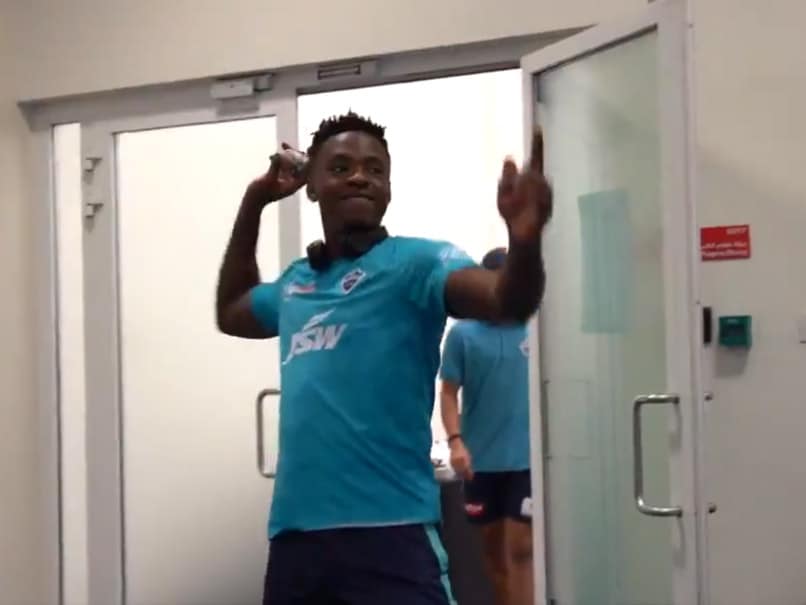 IPL 2020: Kagiso Rabada was successful in his second attempt.© Twitter

Delhi Capitals (DC) fast-bowler Kagiso Rabada is currently the leading wicket-taker in the Indian Premier League (IPL) 2020. Rabada has accounted for 25 wickets in 14 matches at an average of 17.80 and strike rate of 13.12. However, the South African is also quite sharp with his throws, as visible in a video shared by the franchise's official Twitter handle. "When @RickyPonting and @MohammadKaif make you do direct hit drills even in the dressing room. #Dream11IPL #YehHaiNayiDilli @KagisoRabada25," read the caption. Rabada was seen attempting to hit a water bottle placed at a certain distance in an innovative direct hit drill, taking place inside the team dressing room. The cricketer failed to get his shot on target the first time, before following it up with a successful second attempt.

Here is the video which shows the drill:

The Delhi-based franchise will take on defending champions Mumbai Indians (MI) in the first qualifier of the ongoing edition.

DC finished second on the points table, following a triumph against Royal Challengers Bangalore (RCB) in the franchise's final league match. The Delhi-based franchise defeated RCB by a margin of six wickets in the 55th match of IPL 2020.

Delhi Capitals have never qualified for the final in any edition of the cash-rich league, with a poor run in the playoffs. The match against MI on Thursday will mark Delhi's fifth appearance in the playoffs of an IPL season. A win will help the franchise end their jinx, and skipper Shreyas Iyer will be optimistic of a game-changing performance from Rabada.

Mumbai Indians Ricky Ponting Cricket
Get the latest updates on India vs Australia and check out  Schedule, Results and Live Score. Like us on Facebook or follow us on Twitter for more sports updates. You can also download the NDTV Cricket app for Android or iOS.