IPL 2020: Jasprit Bumrah has been in the thick of things as Mumbai Indians continued their march into the finals of the tournament. 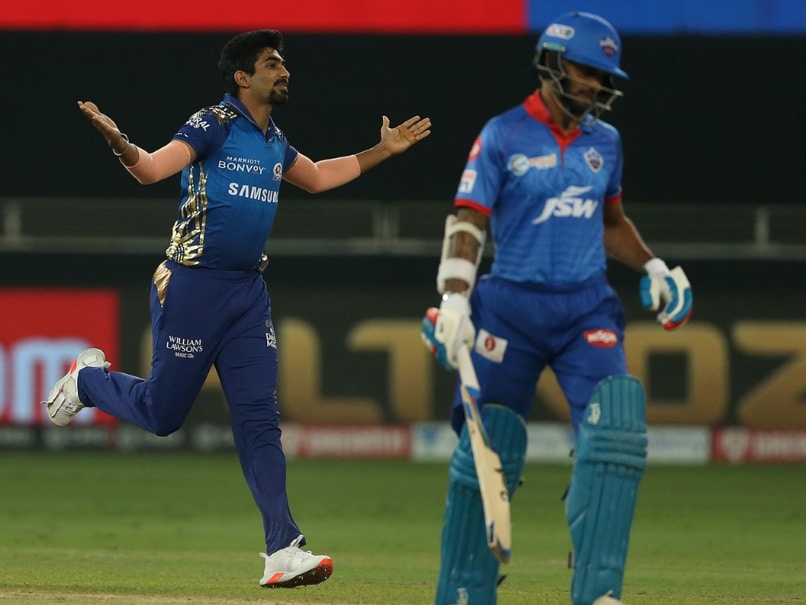 Jasprit Bumrah has been one of Mumbai Indians' key players in Indian Premier League (IPL) 2020. With 27 wickets in 14 matches, the fast bowler is only behind Delhi Capitals' Kagiso Rabada in the race for the Purple Cap going into the final. Bumrah produced his career best T20 figures of 4/14 in Qualifier 1 as Mumbai Indians routed Delhi Capitals to enter the final. Now, as they prepare to face the same opposition again in the final, MI coaches singled out Bumrah as one who can make the difference in the big game on November 10.

"It's a privilege to watch the best T20 fast bowler in the world go about his work," said Mumbai Indians' bowling coach Shane Bond in a video shared by Mumbai Indians.

"You get to the finals, like we have in 2017 and 2019, and we've got low totals, but when you've got a Jasprit Bumrah in your team, there is a belief that runs through your team," the former New Zealand pacer said.

Bumrah recorded figures of 2/14 and 2/26 against Chennai Super Kings and Rising Pune Supergiants in the IPL finals in 2019 and 2017 respectively.

"One thing he does is he is consistently looking for improvements in his game," Bond added.

"I think for us, it's inspirational. We've got some world class players in our team. Booms (Bumrah) puts out on the field the match-winning performances for us, and for us to walk out on the field when you've got a bowler like him is huge," Bond concluded.

MI head coach Mahela Jayawardene said Bumrah has "matured a lot in the last 2-3 years as a bowler".

"Big players turn up for big games, and he's no exception," Jayawardene said of Bumrah's heroics in previous IPL finals.

"What happens is when you play a final, the nerves are high. It is a high-pressure game. Everybody's watching, there are a lot of eyes on you and you're always worried," Bumrah said.

"But in that, we've always been able to hold our nerve. So even if we've scored less, we have a small total, we have been able to defend that," the India pacer said.

Bumrah will no doubt be a key player for Mumbai Indians, especially having tormented their opponents in the final in the first qualifier. The IPL 2020 final will be played on Tuesday in Dubai.