IPL 2020: CSK CEO Kasi Viswanathan said reports will come in by Sunday evening, and only then will the extent of the groin injury be known. 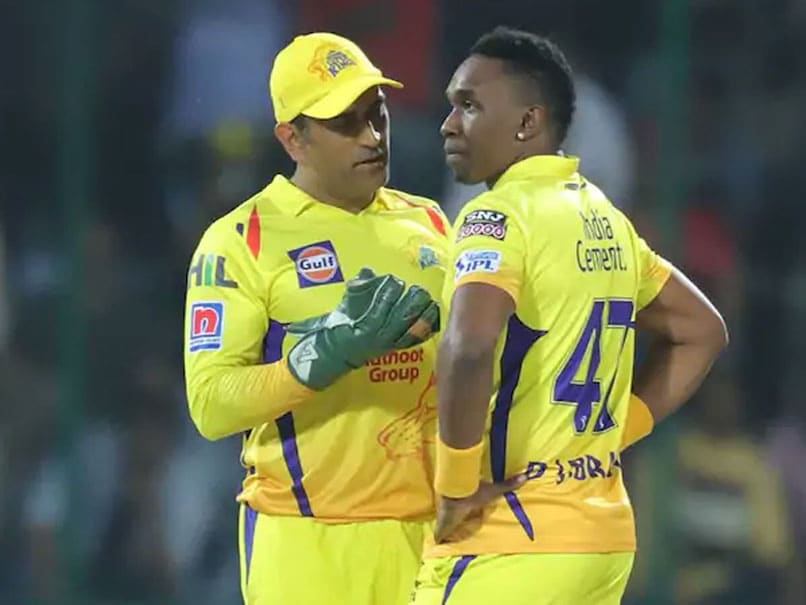 Dwayne Bravo has been a vital member of the Chennai Super Kings squad.© BCCI/IPL

With 17 needed off the final over, Chennai Super Kings skipper MS Dhoni handed the ball to Ravindra Jadeja against Delhi Capitals at the Sharjah Cricket Stadium on Saturday. While it seemed like another trick from the talisman, it later came to the fore that it was a decision forced on Dhoni as Bravo injured his groin. Speaking to ANI, CSK CEO Kasi Viswanathan said that reports will come in by Sunday evening, and only then will the extent of the injury be known and the time period for which the all-rounder will be out of action.

"We will get the reports by today evening and then the team management will have a fair idea with regards to the extent of Bravo's injury. As of now, I can only say that it can either be a couple of games or a couple of weeks," he said.

Asked if the unit will look for a replacement if it is indeed a couple of weeks, the CEO said that is unlikely. "I don't think a replacement is an option at this stage because if a new person comes in, it will again be about having a quarantine period for him before he can join the rest of the squad. It is unlikely that we will look at a replacement for Bravo if he is out. But firstly we are hoping Bravo isn't out and the injury isn't major," he said.

The decision makes a lot of sense because even if reports on Sunday confirmed he is out for more than a couple of games and CSK request a replacement, the player can at the earliest be available after their October 25 game against Royal Challengers Bangalore.

Speaking after the game, Dhoni made it clear that he had to pick between Jadeja and Karn Sharma for the final over in Bravo's absence. "Bravo was not fit, he went out and was really not able to come back. That was the reason we had to bowl (Jadeja). The option was between Karn and Jaddu so I went ahead with Jaddu," he revealed.

Elaborating on the injury, coach Stephen Fleming said: "Unfortunately Dwayne Bravo got injured so he could not bowl the last over, naturally he is a death bowler, that's the way our season has been going, we are having challenges thrown at us. Jadeja was not planned to bowl at the death, but with Bravo getting injured, we did not have any other option. We did well to create a situation where it could have worked for us but we have to keep working hard and turn it around."

"He seems to have a right groin injury, obviously it was serious enough to keep him from coming back to the field, he is just really disappointed that he was not able to bowl the final over, that's pretty much for what he is in the team for. He would have to be reassessed going forward, at this stage, you would imagine that it would take a few days or a couple of weeks."