Before heading for UAE, Chennai Super Kings will attend a training camp in Chennai at the MA Chidambaram Stadium. 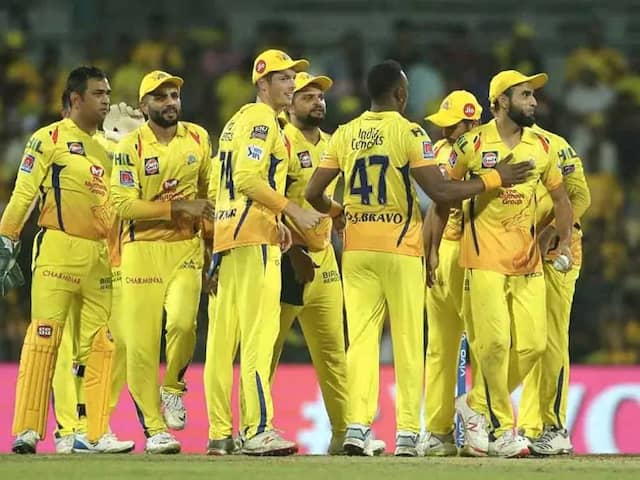 Chennai Super Kings will travel to Chepauk and is expected to start training from 16th August.© BCCI/IPL

Chennai Super Kings (CSK) will leave for UAE on August 21 for the Indian Premier League (IPL) 2020, said Kasi Viswanathan, team CEO, on Tuesday. Before heading for UAE, the team will attend a training camp in Chennai at the MA Chidambaram Stadium (Chepauk), said Viswanathan, while speaking with ANI, adding that Dubai will be the base camp for the three-time IPL champions. "The team will start practicing at Chepauk mostly by August 16. Dhoni and Raina, along with other team members, would arrive by August 14-15, and we would leave for UAE around August 21," he said.

The CSK CEO also confirmed that the team is planning to take 8-10 net bowlers along with them, but nothing has been finalised yet.

The 13th edition of the IPL will be played for 53 days, from September 19 to November 10, across three venues Abu Dhabi, Sharjah, and Dubai. The final match is scheduled to be played on a weekday, i.e. Tuesday, for the first time in the history of the T20 tournament.

On Monday, IPL chairman Brijesh Patel had confirmed that the board has got government approval to go ahead with the IPL in the UAE.

Earlier today, the Emirates Cricket Board had also confirmed that they have received official clearance from the BCCI to host the IPL 2020.

The IPL was originally slated to be played from March 29, but it was postponed due to the coronavirus pandemic.

MS Dhoni
Get the latest updates on IPL 2020, check out the IPL Schedule for 2020 and Indian Premier League (IPL) Cricket live score . Like us on Facebook or follow us on Twitter for more sports updates. You can also download the NDTV Cricket app for Android or iOS.