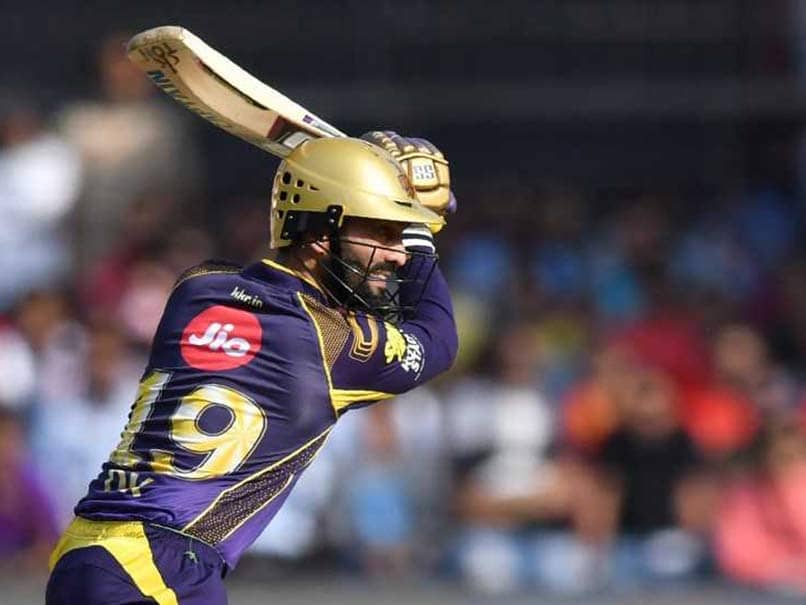 Kolkata Knight Riders captain Dinesh Karthik feels the team is peaking at the right time after the two-time champions booked a playoffs berth by beating Sunrisers Hyderabad in a must-win Indian Premier League (IPL) game. "I think all eight teams strive for the play-off spots, so happy to reach there. Things are slowly setting in. Just the way we are playing shows good character. I'd like to think that (we're peaking at the right time)," Karthik said at the post match presentation ceremony.

Kolkata Knight Riders needed to win against SunRisers Hyderabad to ensure a place in the knockout stages and they did it with ease in the end riding Chris Lynn's 43-ball 55.

SRH had posted 172/9 thanks to magnificent half-century by Shikhar Dhawan.

"It's a great feeling. We're building momentum nicely, so let's see what happens," Man of the match Lynn said after the match.

"I am finding my touch. Sunil (Narine) is blasting it at the other end, so we've two blokes doing that now.

"The main thing is to build partnerships. It's good fun (when Sunil is batting). He can take the momentum away from the other team. He keeps it nice and simple, and that seems to be working for him. Couple of wins on the board, and we're not going to change the way we play," added the big-hitting Australian opener. Alongwith Narine, the pair set the tone for KKR's chase with a 22-ball 52 run stand for the opening wicket.

Meanwhile, SunRisers skipper Kane Williamson said the team will look to bounce back in the playoffs.

"We were on target for more runs, wicket played really well. We should have scored around the 200-run mark but credit goes to KKR for dragging us back.

Lot of credit goes to the the boys in the field. It doesn't matter what happens now, we need to come out and play with freedom in the playoffs.

"Guys are looking forward to that but having said that we wanted to win this game. We have been fraction off the mark in the matches we have lost."

Comments
Topics mentioned in this article
Kolkata Knight Riders Sunrisers Hyderabad Dinesh Karthik Indian Premier League 2018 Cricket
Get the latest updates on India vs Australia Series, check out the India vs Australia Schedule for 2020-21 and Ind vs Aus live score . Like us on Facebook or follow us on Twitter for more sports updates. You can also download the NDTV Cricket app for Android or iOS.