IPL SunRisers Hyderabad vs Kolkata Knight Riders Qualifier 2 Highlights: SRH will meet CSK in the final of the IPL 2018 on Sunday 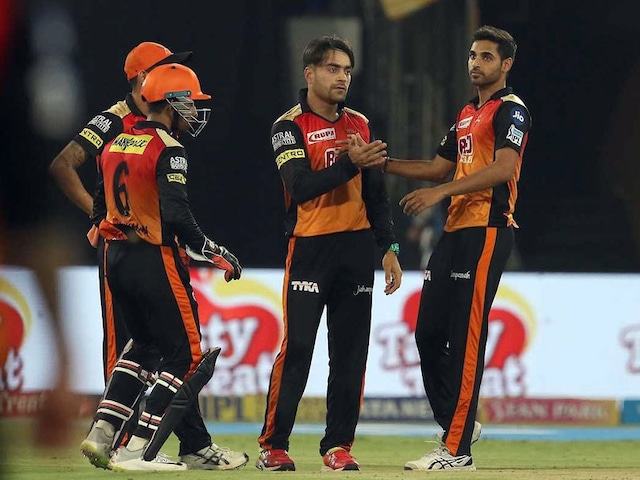 SRH vs KKR Qualifier 2 highlights: The match was played at the Eden Gardens© BCCI

Afghanistan spinner Rashid Khan starred with bat and ball to help SunRisers Hyderabad (SRH) fix a date with Chennai Super Kings (CSK) in Sunday's final after beating Kolkata Knight Riders (KKR) by 13 runs in the Indian Premier League (IPL) Qualifier 2 at the Eden Gardens on Friday. SunRisers will take on CSK in the summit clash at the Wankhede Stadium in Mumbai on Sunday. Chasing 175 for victory, KKR were blown away by Rashid's brilliance before Shubman Gill (30) batted brilliantly to take the game till the last over when 19 runs were needed off six balls. Shivam Mavi (6) hit a four off Carlos Brathwaite before picking out Rashid at deep midwicket. In the next ball, Rashid was in the thick of things again, taking Gill's catch to end their fight as KKR finished on 161/9 in 20 overs. Rashid first smashed a whirlwind 10-ball 34 to pull SunRisers out of a hole and propel them to 174/7 before returning spectacular figures of 3/19 in four overs as the Kane Williamson-led franchise made their second IPL final. (Scorecard)