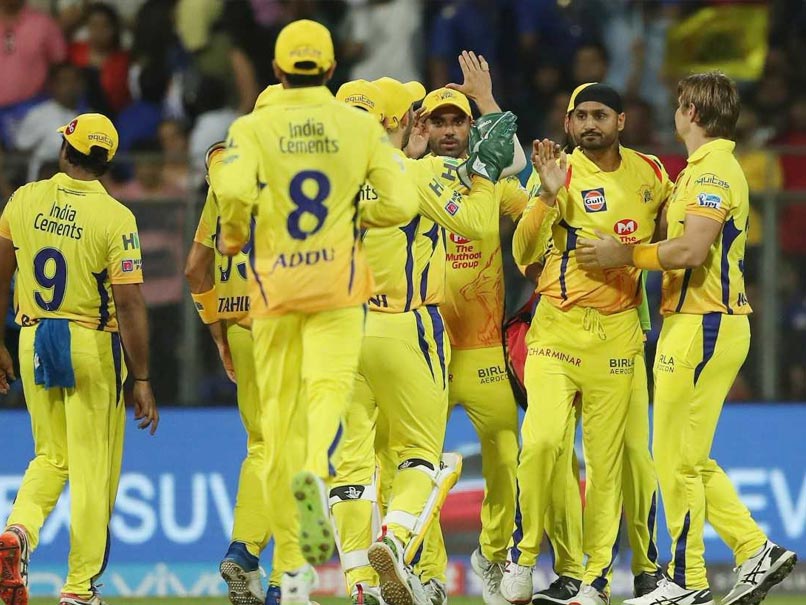 Sam Billings played a stellar knock of 56 runs to guide Chennai Super Kings (CSK) to a 5-wicket win over Kolkata Knight Riders on Tuesday at the MA Chidambaram Stadium, Chennai. Chasing a mammoth total of 202, Billings showed his batting prowess after hitting 5 sixes and 2 fours helping his team cross the finishing line. Shane Watson (42) and Ambati Rayudu (39) gave the hosts a perfect start in their run-chase. Chennai were cruising before losing Watson in the 6th over with 75 runs on the board. Rayadu followed suit after Watson's dismissal. Kolkata took control in the middle overs after which MS Dhoni (25) built on a partnership with Billings. (SCORECARD)

Andre Russell's unbeaten 88 took Kolkata Knight Riders (KKR) to 202/6 in 20 overs against Chennai Super Kings (CSK) in their Indian Premier League (IPL) clash on Tuesday. After a mellow start, Russell went on the offensive, hitting 11 sixes in the process. He spared no Chennai bowler as he hammered them equally all over the park. Every six of his silenced the home crowd. Robin Uthappa (29) and captain Dinesh Karthik (26) chipped with decent contributions helping their team reach a 200+ score. Chennai skipper used seven bowlers as they were getting hit for boundaries quite often. Shane Watson returned with bowling figures of 2/39 while Harbhajan Singh (1/11), Ravindra Jadeja (1/19) and Shardul Thakur (1/37) shared a wicket each between them. The batting side kept losing wickets at regular intervals but the batsmen ensured they kept the run-rate going.

When and Where to Watch Highlights: Chennai Super Kings (CSK) vs Kolkata Knight Riders (KKR)

Comments
Topics mentioned in this article
Chennai Super Kings Rajasthan Royals Kolkata Knight Riders Live Score Live Cricket Score Live Blogs Indian Premier League 2018 Chennai Super Kings vs Kolkata Knight Riders, Match 5 Cricket
Get the latest updates on India vs Australia Series, check out the India vs Australia Schedule for 2020-21 and Ind vs Aus live score . Like us on Facebook or follow us on Twitter for more sports updates. You can also download the NDTV Cricket app for Android or iOS.