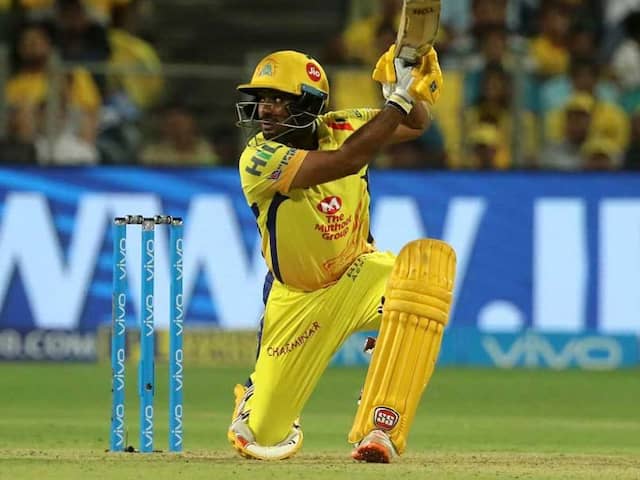 After spending eight seasons at Mumbai Indians, Ambati Rayudu was bought by Mahendra Singh Dhoni-led Chennai Super Kings for Rs. 2.20 cr at the Indian Premier League (IPL) 2018 players auction. The 32-year-old grabbed the opportunity with both hands and ended the tournament on a high. Playing for CSK, the right-hander signed off the tournament as fourth highest run-getter. He scored 602 runs in 16 matches at an average of 43. Just like very cricketer, Rayudu also have a lucky charm. Rayudu was hosted by India veteran spinner Harbhajan Singh in 'Quick Heal Bhajji Blast show' where he revealed his lucky charm.

Kohli's bat has helped Rayudu to better his personal records in the tournament.

Rayudu is the top run-getter for Dhoni-led side in the IPL 2018. He also has the third-most number of sixes in the tournament which is also his personal best.

The 32-year-old signed off the tournament with 53 boundaries and 34 sixes under his belt.

Due to his poor show in 2017, Mumbai Indians released Rayudu ahead of the IPL 2018 player's auction.

Rayudu, who never touched 400-run mark in his last 10 seasons, scored 600 plus runs while playing in yellow jersey.

Comments
Topics mentioned in this article
Chennai Super Kings Royal Challengers Bangalore Virat Kohli Ambati Rayudu Cricket Indian Premier League 2018
Get the latest Cricket news, check out the India cricket schedule, Cricket live score . Like us on Facebook or follow us on Twitter for more sports updates. You can also download the NDTV Cricket app for Android or iOS.