IPL 2018: RCB were poor in the field in the match vs KKR with match-winner Chris Lynn dropped in the 4th over. 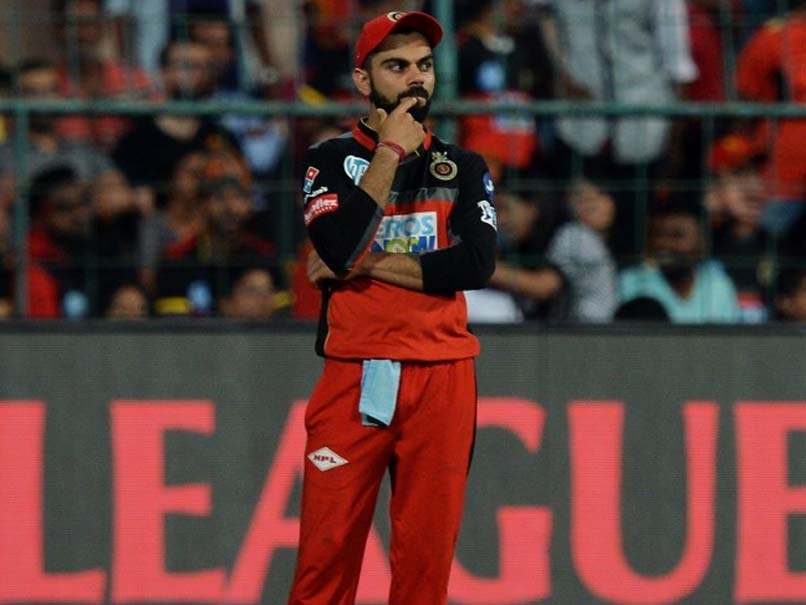 Virat Kohli slammed his team for not trying hard enough and said they didn't deserve to win vs KKR.© AFP

Virat Kohli didn't mince words as he slammed his team for a poor showing in the field in Royal Challengers Bangalore's (RCB) loss to Kolkata Knight Riders (KKR) in an IPL 2018 match on Sunday night. RCB slumped to their fifth loss in seven games despite Kohli's unbeaten half-century helped them post a competitive total on the board after being put into bat. However, it was mistakes in the field that once again cost RCB dear. The RCB skipper accused his team for not trying hard enough and said that they didn't deserve to win the match because of their fielding.

KKR's match-winner Chris Lynn, who scored an unbeaten 62 off 52 balls to get his team over the line, was dropped as early as in the fourth over. Murugan Ashwin, playing first match of IPL 2018, was the culprit as he put down a sitter at cover with Lynn batting on 7 at the time.

RCB now are in big danger of missing out on a playoff spot. A loss in the next match will leave them needing to win the rest of their games just to qualify for the playoffs.

Kohli said they needed to consider every match as a virtual semi-final going forward.

"I can't pinpoint anything right now, we need to win six out of seven to qualify from here. We need to be in that mindset to take every match as a virtual semi-final from now," he said.

"There's no room for lapses, complacency or hesitation. We need our guys stepping up and hopefully the guys can put up a better show."

Brendon McCullum said it was a big blow for RCB to miss the services of AB de Villiers in the crucial match against KKR.

"We definitely missed AB de Villiers. He is probably the best player in the world and one of the best we have seen in the history of the game, so for him to be absent was a huge blow for us.

"He is a tough customer as well, so obviously he is pretty ill to not take the field today," he told reporters in the post-match press conference.

McCullum hoped that the South African star will be fit for RCB's next match against Mumbai Indians.

"He is desperate to get out there, so hopefully he will be back in the next game. He is such a key player for us, and such a good leader. A good man to have around," he added.

Asked whether KKR were happy not to find De Villiers in the playing list, man-of-the-match Chris Lynn said: "Yeah, it is obviously a couple of smiles on the bowler's faces.

"We know AB, in the form he is, is always a dangerous batsman but we could not take the foot off the throat because Baz (Brendon McCullum) is such a good striker of the ball. [We had] a little half-smile but we knew we still had a job at hand," Lynn said.

Comments
Topics mentioned in this article
Royal Challengers Bangalore Kolkata Knight Riders Chris Lynn Virat Kohli Indian Premier League 2018 Cricket
Get the latest updates on IPL 2021, check out the IPL 2021 Schedule and Indian Premier League Live Score . Like us on Facebook or follow us on Twitter for more sports updates. You can also download the NDTV Cricket app for Android or iOS.