IPL 2018: Top 5 Bowlers Who Have Made Batting Difficult For The Rivals

Here's a look at the five top bowlers who have impressed in the Indian Premier League (IPL) 2018 edition. 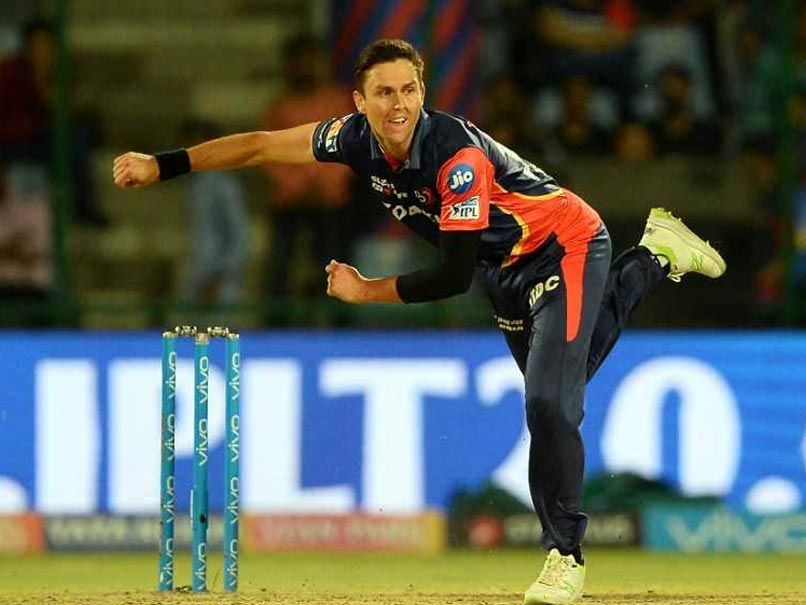 Trent Boult is the purple cap holder with 13 wickets under his belt.© AFP

Twenty20 has always been a batsman's game, but in the ongoing edition of the Indian Premier League (IPL), the bowlers have come together as a deadly force against all the willow-wielders. Bowlers from all the teams have come up with variations such as the knuckleball and have kept the batsmen guessing during the ongoing season that kicked off on April 7. The spinners have used the pace of wickets brilliantly and the fast bowlers have concentrated on their shape and swing.

Let us take a look at the 5 bowlers, who are taking this season by storm

New Zealand fast bowler Trent Boult has carried his international form in the IPL by ripping apart batting line-ups with an abundance of swing. The left-arm bowler was in rock solid form in the home Test series against England and the same level of confidence has transpired in the IPL.

Boult has surged into lead position on the IPL 2018 bowling table, taking his season tally to 13 and thus assuming ownership of the Purple Cap. In Delhi Daredevils' last game against Rajasthan Royals, Boult claimed two crucial wickets and then defended 15 runs in the last over to guide the hosts to a nervy four-run win.

Kaul, who bowls a lot like Bhuvneshwar Kumar, is making all the right noises in the IPL and deserves the tag of being the most lethal medium-pacer in the T20 mega-event so far.

Not many in the country can swing the new ball both ways and fire in some yorkers towards the end. The 27-year-old is one of those very few names who can do that on every occasion.

In the IPL 2018, he has taken 11 wickets in 8 matches. Thus far, he is the second highest wicket-taker after Boult.

Umesh Yadav, who has fallen down the pecking order in the shorter formats at the international level, has sent out a big statement with his sizzling performances in the ongoing Indian Premier League. Yadav, who has always been one of the quickest bowlers in the Indian cricket, has been clocking over 140 kmph on a regular basis this season.

Playing for RCB this year, Yadav is having the best IPL season of his career so far as he is the highest wicket-taker of the Virat-Kohli led unit with 11 wickets from 8 matches at an average of 23.63.

Every year, IPL throws up a lot of thus far unheard-of names. Some fade away, some hang in there and then there are some who become overnights sensations. This year, one such name is Markande. With 11 wickets in 8 matches at an economy of 7.73, he has been the go-to spinner for Mumbai Indians this season. Mumbai's campaign might be in tatters, but in 20-year-old Markande, they found a star for the future.

Markande had a dream debut in the IPL 11 opener as he recorded spectacular figures of 3/23 from his four overs, breaking the back of Chennai Super Kings' famed batting line-up with his beautifully disguised googlies. Although the defending champions could not get their desired result, Markande's name was being taken in the same breath as Rashid Khan, Amit Mishra, and Yuzvendra Chahal.

Afghanistan spinner Rashid Khan's reputation in T20 cricket is nothing to be scoffed at. The No.1 T20I bowler in the world is quite simply one of the toughest nuts to crack for any batsman with his miserly economy rate.

In both franchise and international cricket, the 19-year-old has a career economy rate of less than six runs an over, a feat which is almost unparalleled by any other bowler in the format. Rashid, who bowled as many as 18 dot balls in his spell to help SRH contain Mumbai Indians in Hyderabad, has claimed 10 wickets in 8 matches and is going to be one of the front-runners to lead the bowling charts by the time the tournament gets over.