Royal Challengers Bangalore have time and again tripped over the final hurdle in IPL finals. 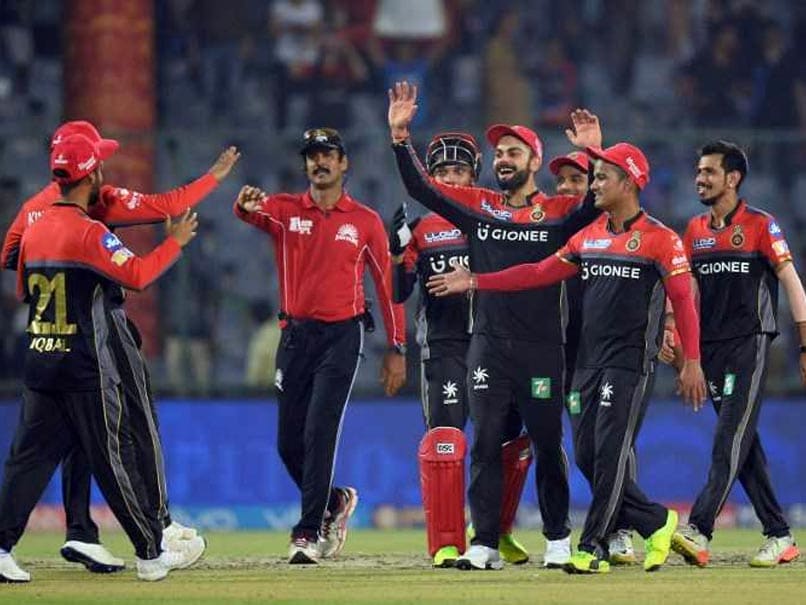 Royal Challengers Bangalore have always been one of the most celebrated teams.© AFP

One of the most celebrated teams and definitely a fan-favourite of the Indian Premier League (IPL), Royal Challengers Bangalore till now have not been able to take the final leap in the IPL glory, somehow always missing the final mark by a whisker. Captained by India legend Rahul Dravid in the inaugural year of the cash-rich league, the team could not get past the league stage despite having all the big names of cricket in the team. After a dismal year, owner Vijay Mallya publicly criticised the team for not giving their best and crashing out in the league stage.

RCB, known to have the big names in the team, named England star player Kevin Pietersen as their captain for the following season. However, during the 2009 season, the captaincy reigns was handed over to Anil Kumble and it was then when fortunes favoured the Bangalore-based team and they went on beat Chennai Super Kings (CSK) in the semi-final to set up a mouth-watering final with the now-defunct Deccan Charges.

While the Kumble-led team were in prime form, they lost the final by six wickets to end as runners-up in the second edition of the league.

The Ups and Downs of the franchise:

RCB, despite being one of the most commanding teams of the league, never really managed to lift the coveted trophy. After a deplorable first season, the team bounced back in style in Season 2 and produced a similar performance in the third season as well. However, Mumbai Indians (MI) crashed their party as they proved to be an obstacle in 2010.

RCB continued their dominant performance in the season of 2011 and reached the final of the tournament. But a solid CSK avenged their semi-final defeat of 2009 and comprehensively beat RCB to win the title for the first time.

Since then RCB have somehow failed to tick all the right boxes despite fielding all the big names in the cricketing family and have not risen above the group stage in the succeeding years 2012-2014.

In 2015, The RCB-CSK rivalry was renewed in the Qualifier 2 but the former saw itself on the losing side. CSK once again emerged victorious and stamped its authority on the Virat Kohli-led team.

The eighth season of the cash-rich league was not different for RCB as they fought tooth and nail for a place in the final and had their eyes set on the coveted trophy. The team boasting of Chris Gayle, AB de Villiers and Kohli among others were the favourites going in the game but SRH proved to be the dark horse and trounced RCB to win their maiden IPL trophy.

Kohli, De Villiers, Gayle and Mitchell Starc among others were retained for the tenth season of the league. However, it seemed that the stars were not on their side as Kohli and De Villiers missed out on the initial games due to injury.

In their absence, Shane Watson took over the team's responsibility. RCB kept losing matches consecutively as the famed batting line-up continued with their subdued form. RCB hit a new low as they finished last in the table.

With the 11th edition of the IPL set to begin on April 7, RCB will certainly look to break their final and CSK jinx and lift the trophy for the first time.

Comments
Topics mentioned in this article
Royal Challengers Bangalore Virat Kohli Indian Premier League 2018 Cricket
Get the latest updates on Fifa Worldcup 2022 and check out  Fifa World Cup Schedule, Stats and Live Cricket Score. Like us on Facebook or follow us on Twitter for more sports updates. You can also download the NDTV Cricket app for Android or iOS.