IPL 2018: Chennai Super Kings, Rajasthan Royals Look To Get Back To Winning Ways

With two wins and two defeats, Rajasthan are placed fifth with four points, while the Mahendra Singh Dhoni-led Chennai also have an equal number of points after two wins from three matches and are at the fourth position. 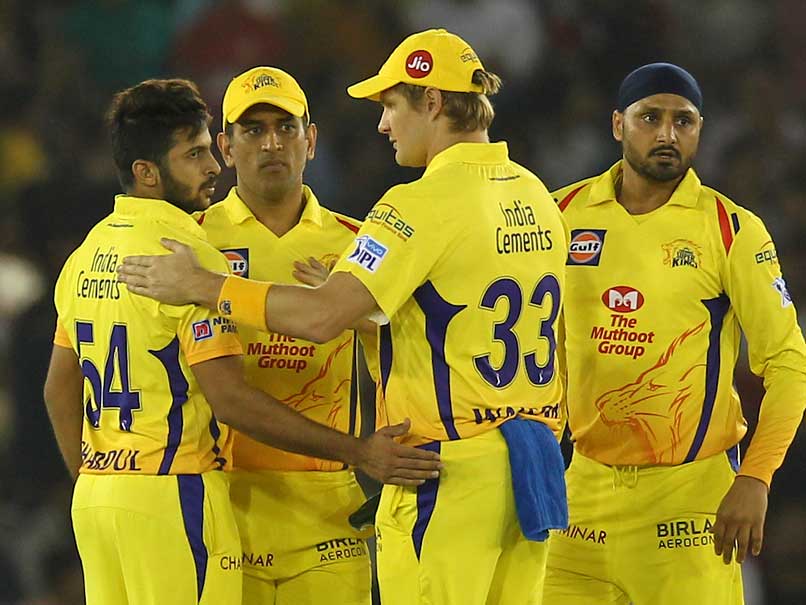 Chennai had a great start to their campaign with back-to-back wins.© BCCI

After losing their previous Indian Premier League (IPL) clash by a whisker, Chennai Super Kings (CSK) will aim to start off with a win against Rajasthan Royals (RR) in their new home ground -- the Maharashtra Cricket Association (MCA) Stadium in Pune on Friday. CSK were forced to move out of their original home venue in Chennai amid political unrest over the Cauvery water-sharing issue. Both the teams, who have returned to the league after serving two year bans following the spot-fixing scandal, will face each other for the first time in the ongoing edition. While Chennai lost their previous match against Kings XI Punjab (KXIP) by 4 runs in Mohali, the Ajinkya Rahane-led Rajasthan suffered a seven-wicket defeat against Kolkata Knight Riders (KKR) at home.

With two wins and two defeats, Rajasthan are placed fifth with four points, while the Mahendra Singh Dhoni-led Chennai also have an equal number of points after two wins from three matches and are at the fourth position.

Rajasthan started their IPL 2018 campaign on a poor note, hammered by Sunrisers Hyderabad by 9 wickets. They however, gained momentum and registered two back-to-back wins against Delhi Daredevils and Royal Challengers Bangalore.

With 185 runs from four games, Sanju Samson has been the most impressive batsman for Rajasthan while skipper Rahane has amassed 130 runs.

However, all-rounder Ben Stokes, who was bought for a whopping Rs 12.5 crore, has failed to fire till now.

On the other hand, two-time champions Chennai had a great start to their campaign with back-to-back wins against defending champions Mumbai Indians and Kolkata Knight Riders.

It was Dwayne Bravo's 30-ball 68 against Mumbai which helped Chennai register their first win and later, Sam Billings' 23-ball 56 guided them home against Kolkata Knight Riders in a high-scoring match.

In their last match against Kings XI Punjab, Ambati Rayudu (49) and Dhoni (79) almost handed Chennai a hat-trick of wins but they fell short by four runs.

In the bowling department, Shane Watson has been impressive with five wickets from three games while Shardul Thakur and Imran Tahir have three wickets each from as many games.

It will also be Chennai's first game at Pune, which is now their new home for this year's edition of the cash-rich league, and the two-time champions will be keen to regain lost momentum.

Comments
Topics mentioned in this article
Chennai Super Kings Rajasthan Royals Ben Stokes MS Dhoni Cricket Indian Premier League 2018 Chennai Super Kings vs Rajasthan Royals, Match 17
Get the latest updates on IPL 2020, check out the IPL Schedule for 2020 and Indian Premier League (IPL) Cricket live score . Like us on Facebook or follow us on Twitter for more sports updates. You can also download the NDTV Cricket app for Android or iOS.